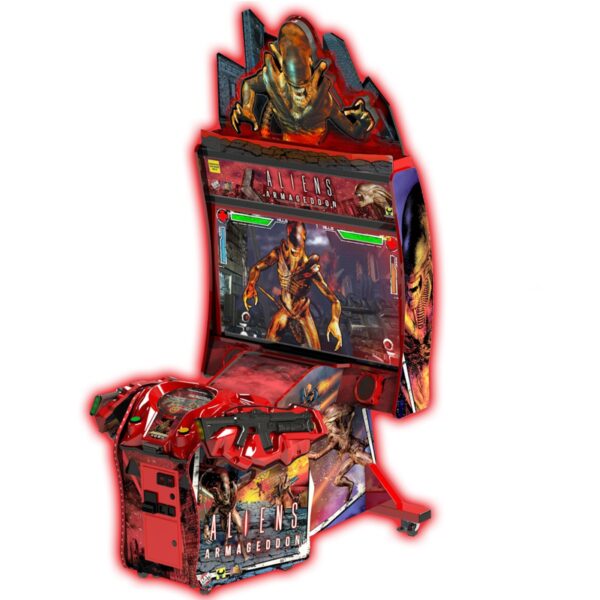 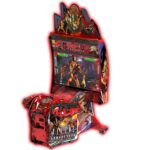 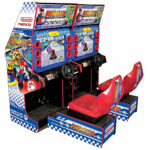 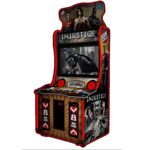 The deadly Xenomorphs have finally reached Earth and it is your job to save the last survivors of humanity by bringing them to the Ark. Armed to the teeth, you and your fellow Marines must fight your way through the alien infested streets, eliminating any threats that you encounter along the way.

Players help save earth from the invading extraterrestrials in Raw Thrills latest shooter, Aliens Armageddon! Based on the popular Sci-Fi franchise, players battle invading extraterrestrials after Earth’s major cities get wiped off the map. As UFO’s descend from the skies, it begins to look as if humanity is doomed. Fortunately, you are thereto fight back to try to send the invaders back to the stars!

Aliens Armageddon is a fully-licensed “Aliens” product with four chapters of intense game play. Epic battleswith enormous Xenomorphs will have player’s heartand guns pumping. Cutting-edge graphics and soundwill make players feel like they are in the middle of allthe action. The force-feedback guns with clip reloadand alternate fire button add a depth of realism to the shooter.

In Aliens Armageddon a Xenomorph plague is unleashed on Earth causing apocalyptic devastation. Mankind’s only hope for survival is to fight their way to a deep space cargo ship and leave the Earth behind. Aliens features a 55 inch LED cabinet, enhanced gun system, eye catching Aliens topper and four frantic levels of non-stop shooting action, with players battling an onslaught of all new alien enemies.