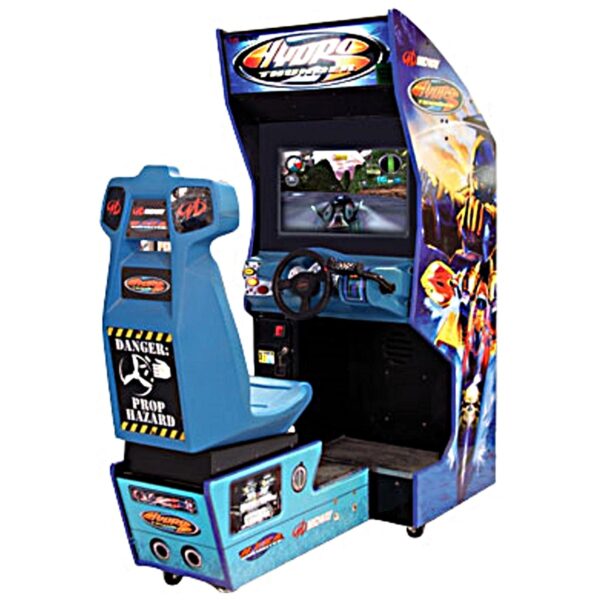 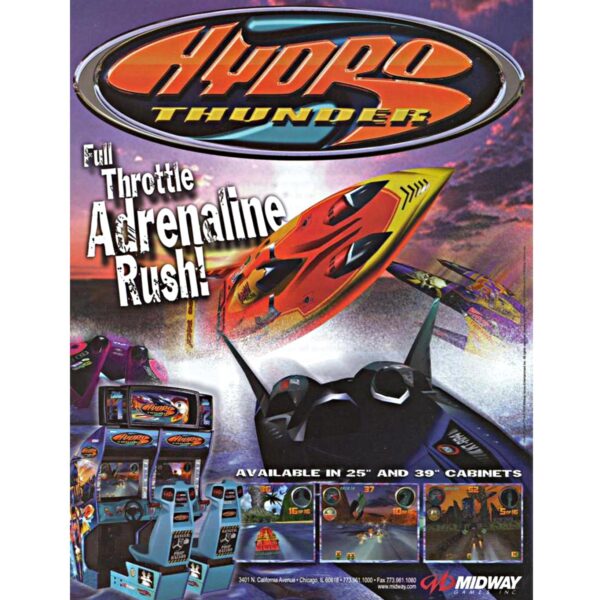 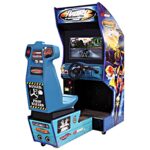 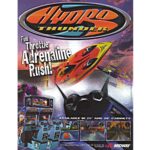 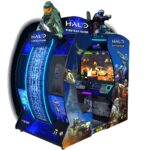 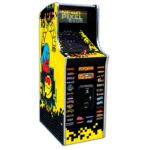 Hydro Thunder by Midway Games is arcade simulation at it’s best! You’ll be master of the world’s waterways when you’re at the helm this turbo-charged superboat racing game that will leave all other racing games scattered in its wake!

Hydro Thunder is arcade simulation at it’s best! This superboat racing game created a timeless classic that is still a blast to play all of these years later. Link up to four units for head-to-head racing fun!

Midway’s Hydro Thunder allows you to choose from thirteen unique superboats and eleven tracks of secret paths, hidden power-ups, and a variety of water conditions. The console includes a subwoofer in the seat to simulate the rumble of the boat’s intensity.

Perhaps the most unique addition to this game was the inclusion of the boat throttle controller. This made the game simulate a real boat, standing out from the sea of car driving games out there.

You’ll be master of the world’s waterways when you’re at the helm of Hydro Thunder, the turbo-charged superboat racing game that will leave all other racing games scattered in its wake. Choose your vehicle from a selection of thirteen speedboats, each with its own handling characteristics. Surge down Lake Powell, the Nile, or any one of eleven unique tracks from all around the world, all while discovering secret paths, hidden power-ups and special boat movies that will give you the edge you need to cross the finish line first.

The gameplay of Hydro Thunder consists of racing high-tech speedboats through treacherous environments, from the cold seas of the Arctic Circle, to a post-apocalyptic, flooded version of New York City

Scattered across the tracks are blue and red boost icons. When touched these icons allow the player who touched them to boost. Red boost icons are more scarce than blue boost icons due to the fact red boost icons give more boost fuel. When a player has boost fuel they may use the boost button to boost, which allows a player’s boat to reach speeds much higher than what would normally be possible. Also by boosting a player can knock other boats into the air, a feature described by the game as the Mighty Hull. Another aspect of boosting is the Hydro Jump which is performed by braking and using the boost button. When combined with the many ramps on the tracks, players can reach short cuts and boost icons that would normally not be accessible otherwise.