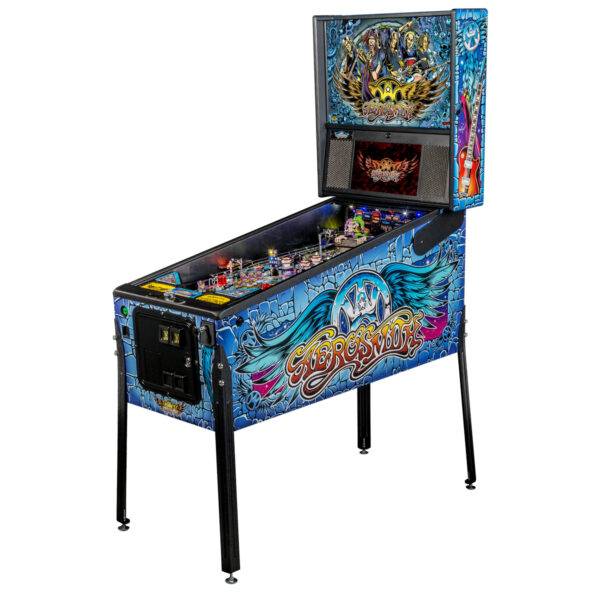 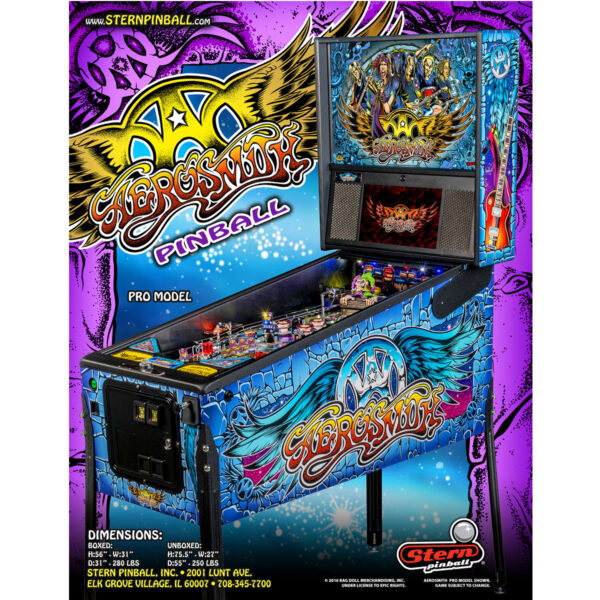 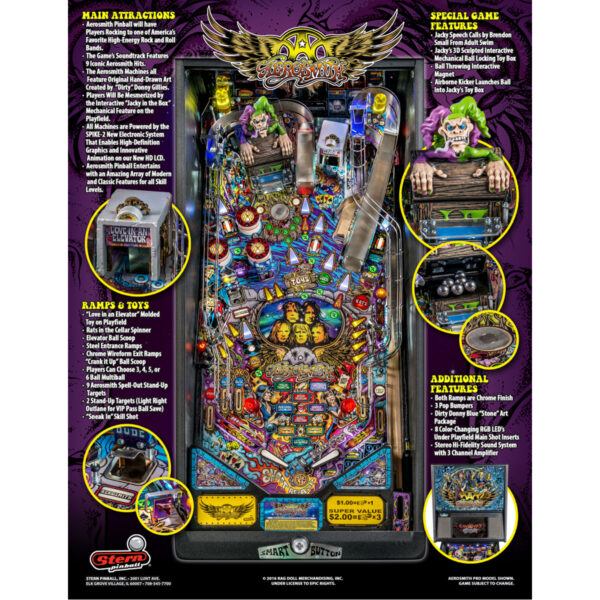 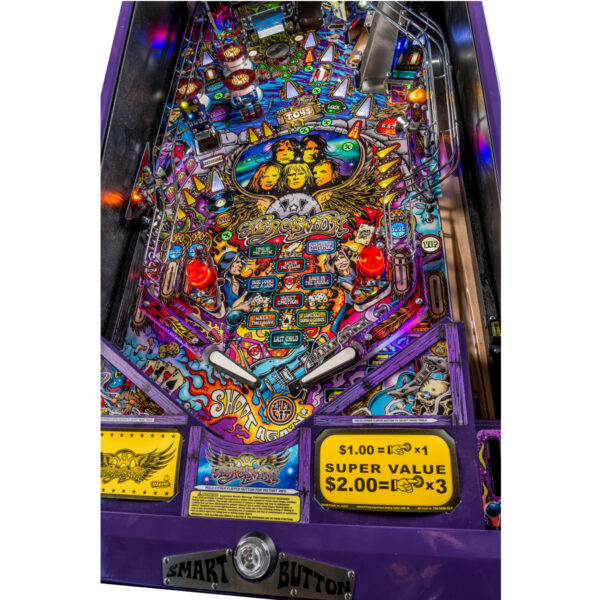 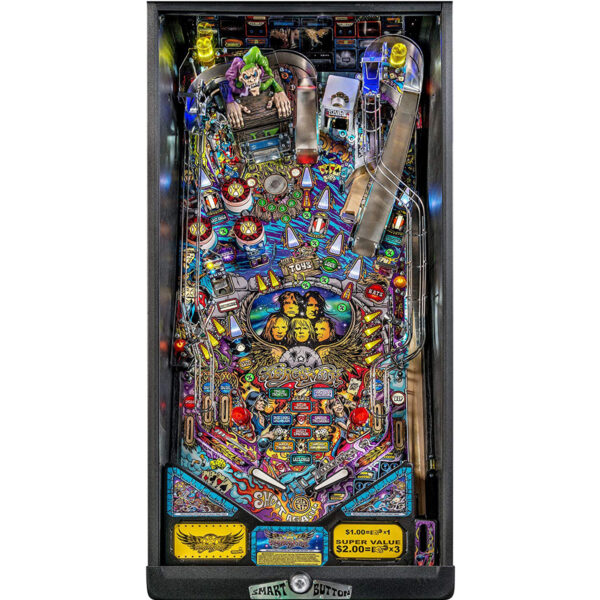 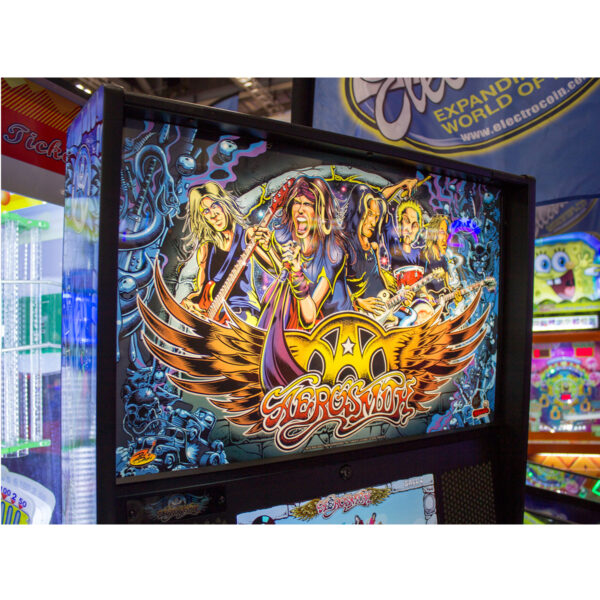 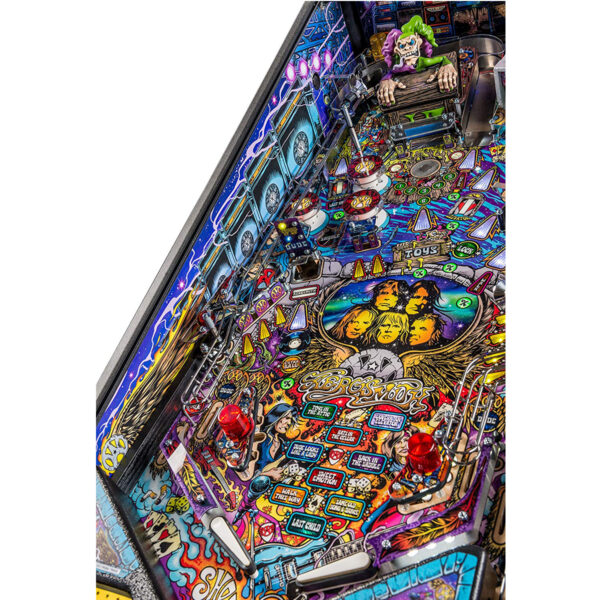 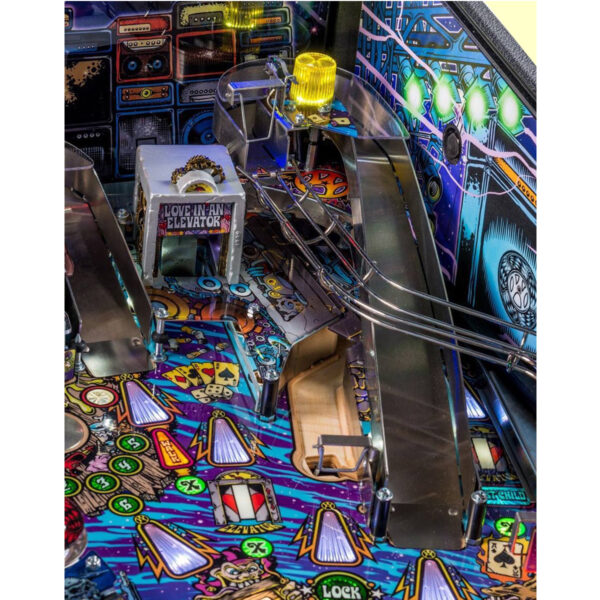 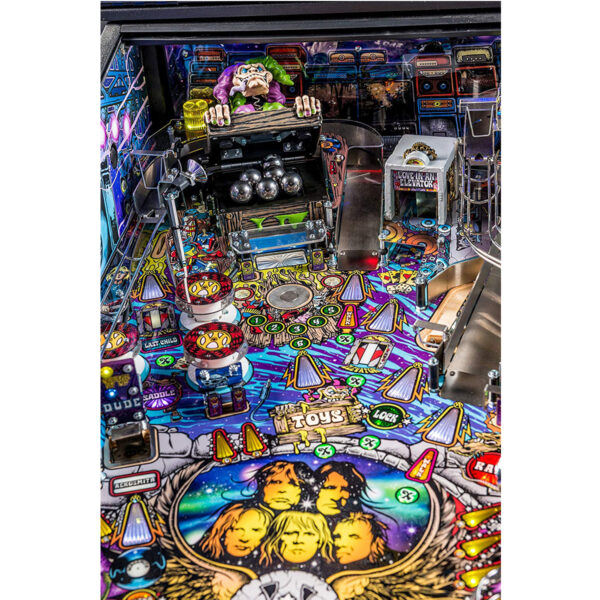 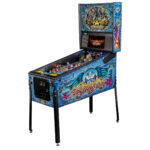 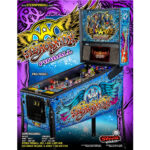 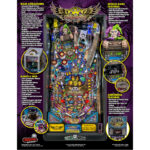 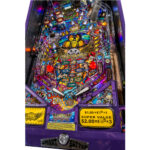 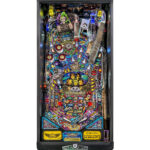 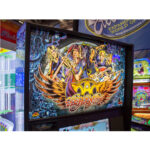 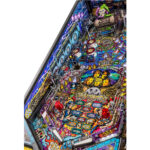 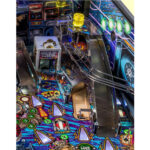 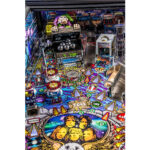 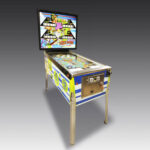 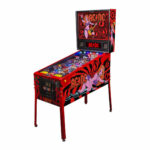 The Aerosmith Pro pinball machine by Stern reflects the high-energy and excitement that accompanies the experience of a live Aerosmith concert.

Players will rock to nine famous Aerosmith hits in the concert arena playfield and embark on an exhilarating pinball experience. Players score points and finish game objectives to raise the audience’s levels of energy, thrill and enjoyment. Higher scores amplify the experience–the higher the energy level, the bigger and louder the show–resulting in an Aerosmith pinball experience that cannot be matched.

The hard-hitting feisty American rock group best known for their powerful fusion of rock and blues has reached fans for more than four decades. This colorful band includes the much loved pop culture personalities of Steven Tyler and Joe Perry. With sales of more than 70 million albums in the United States and more than 150 million albums worldwide, Aerosmith is one of the world’s all time best-selling American rock bands. To date, they have been awarded 25 gold albums, 18 platinum albums and 12 multi-platinum albums.

“We’re thrilled to have Aerosmith join the ranks of Stern Pinball’s rock and roll line-up,” said Gary Stern, Chairman and CEO of Stern Pinball. “Aerosmith is an iconic band with a devoted fan base. Fans of both the band and pinball will be able to appreciate the extraordinary experience that the Aerosmith pinball machines provide.”

The Aerosmith machines all feature original hand-drawn art provided by “Dirty” Donny Gillies, who has produced work for bands including The Hellacopters, The Melvins, Queens of the Stone Age, The Wildhearts, Electric Frankenstein and the 5.6.7.8’s, but is most noted for his work with metal band Metallica. In addition, the machines feature custom speech from Brendon Small, creator of Metalocalypse, the American animated television series centering around a death metal band. Players will be mesmerized by the interactive “Jacky on the Box” mechanical feature on the playfield. Jacky sits on a toy box allowing players to launch pinballs through the air and slam dunk the steel ball into the box. The more balls launched into the box, the higher the opportunity for a player to earn multiballs.

“The Aerosmith pinball machines are an ideal way to expand the band’s global brand because they provide a unique and fun experience for fans and consumers of all ages,” said Lisa Streff, Executive Vice President, Global Licensing, of Epic Rights.

In addition to the heart pounding music and game experience, the Aerosmith pro pinball machine features a full-color high-definition display. In conjunction with Stern Pinball’s new SPIKE-2 electronic platform, the display enables high-definition graphics and innovative animations. The game includes a high-fidelity 3-channel audio system that is three times more powerful than audio systems of previous generations. Aerosmith Pinball entertains with an amazing array of modern and classic features, making it suitable for all skill levels.