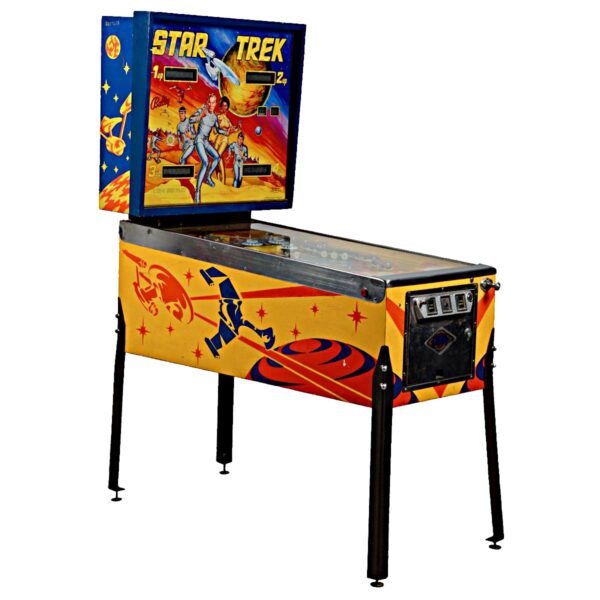 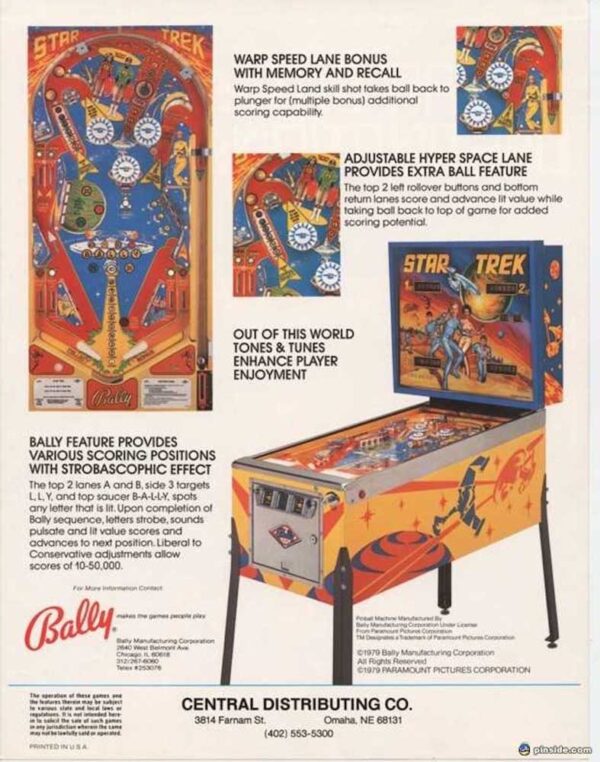 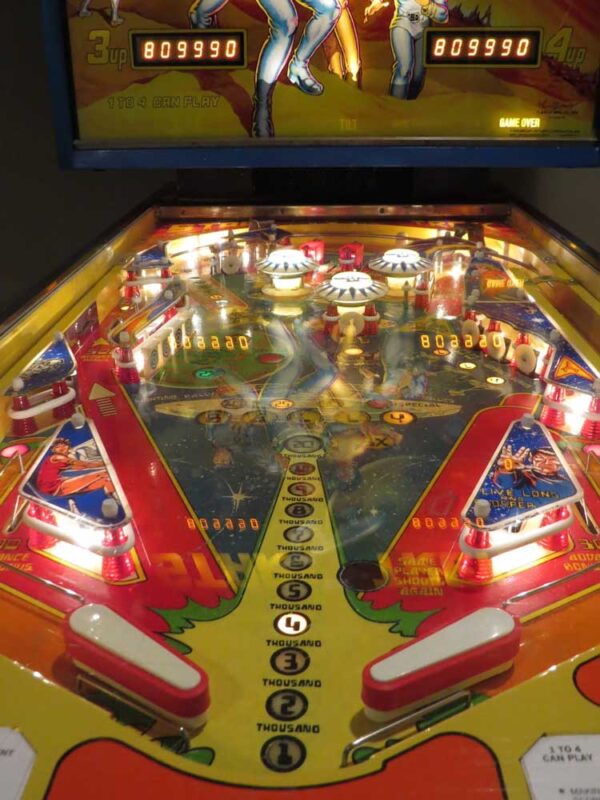 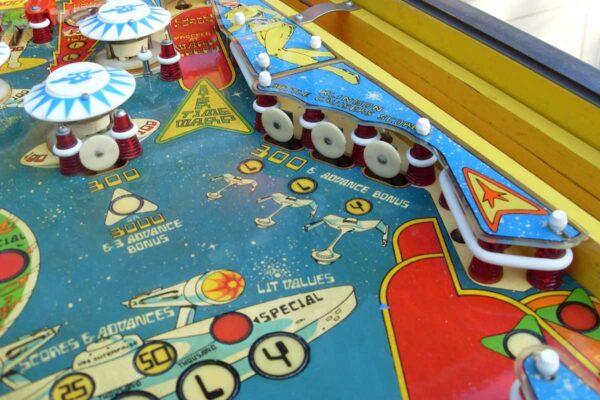 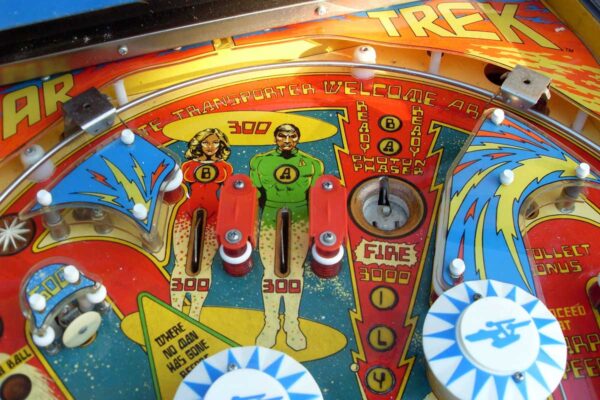 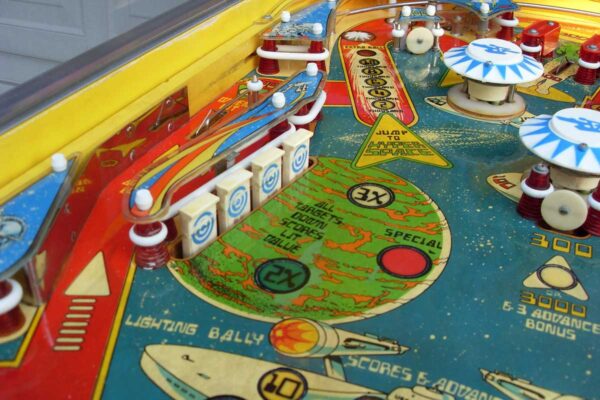 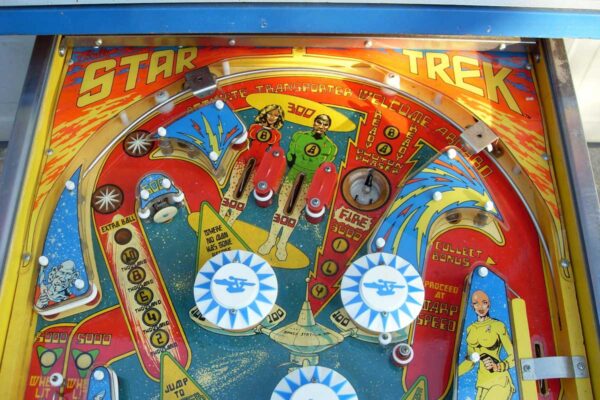 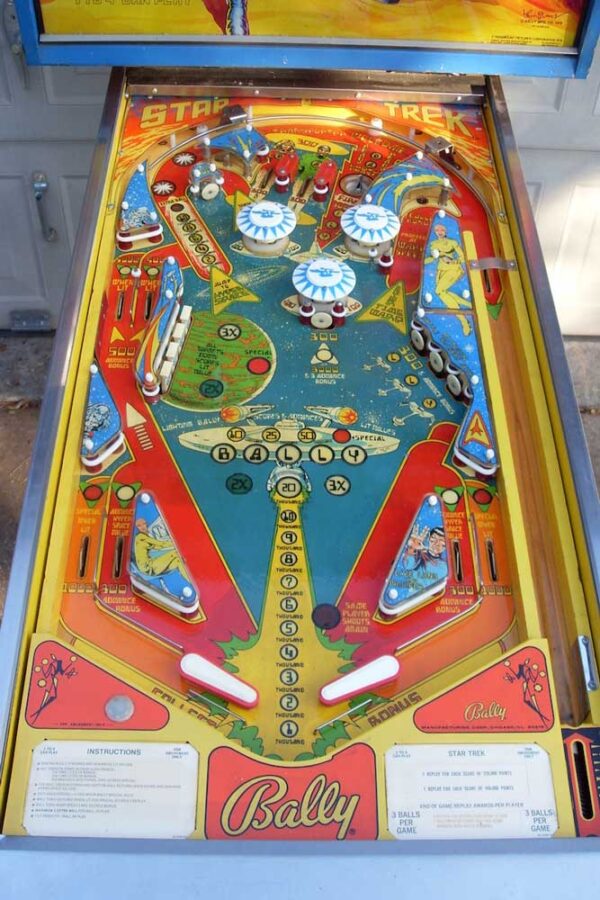 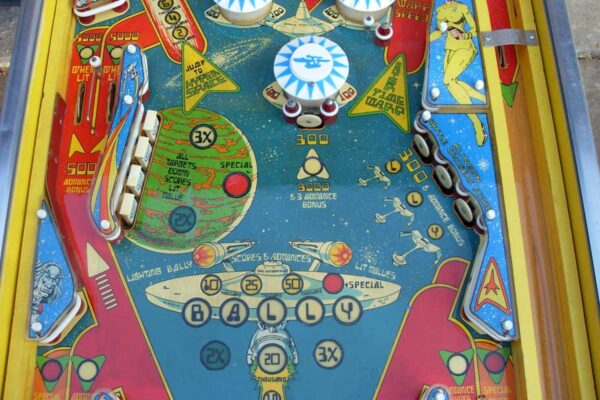 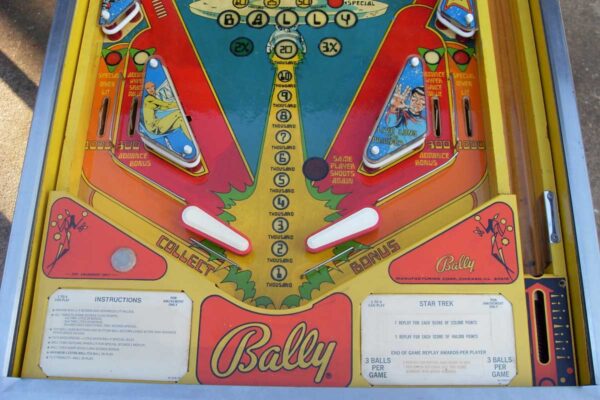 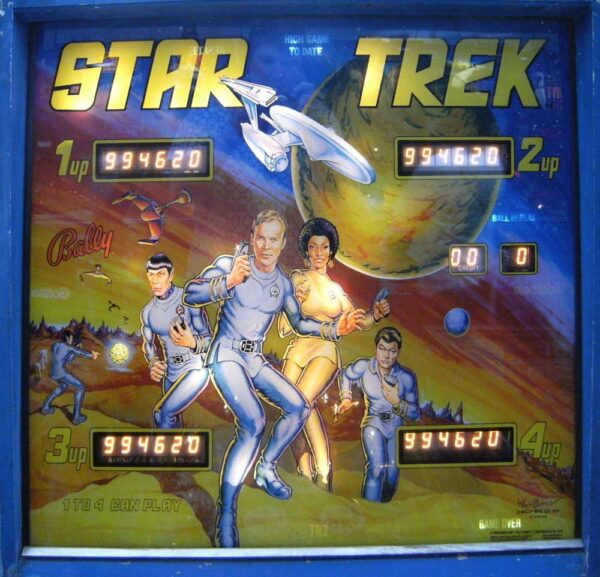 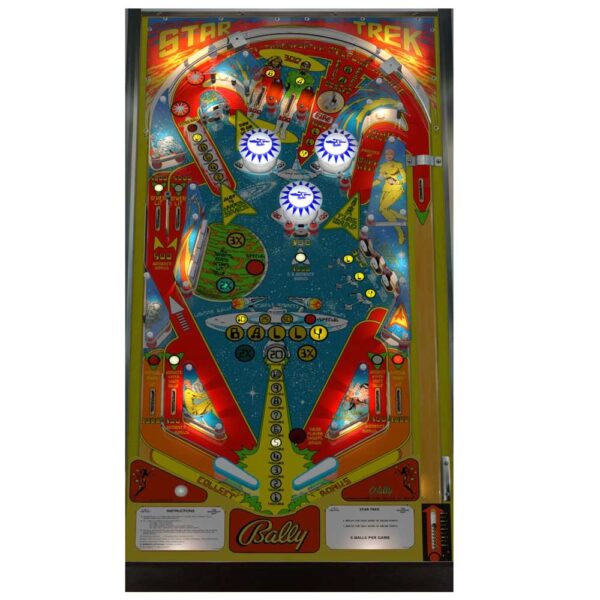 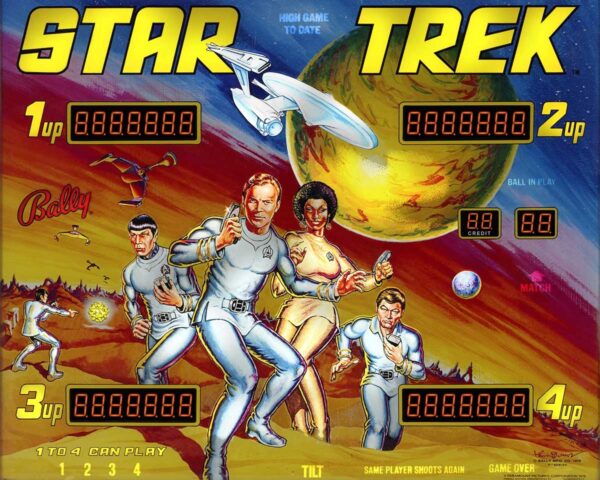 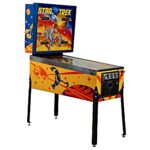 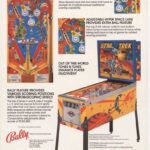 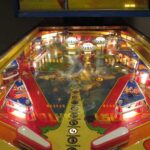 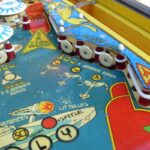 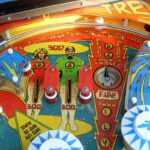 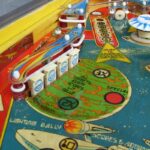 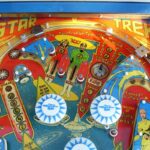 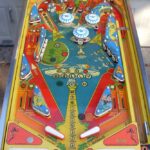 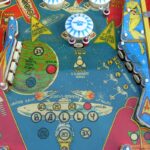 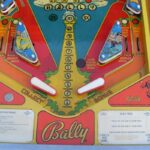 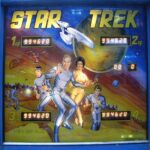 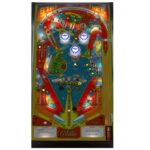 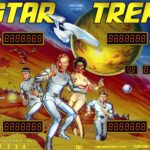 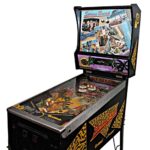 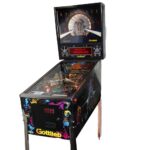 Star Trek is an electro-mechanical pinball machine released by Bally in 1978. The machine was designed by Gary Gayton with artwork by Kevin O’ Connor.


‘Star Trek’ began as an American science fiction TV series which ran from 1966 to 1969. It was canceled due to low ratings. In syndication, the series’ episodes enjoyed a renewed and sustained following which eventually led to a 1979 Hollywood movie of the same name, the first of six movies using the same actors from this TV show.

Early versions of the Star Trek pinball machine backglass showed the Enterprise crew dressed in the uniforms from the TV series. To promote the Hollywood movie that was coming out at the same time as this game, the backglass was changed early in the production run to show them dressed in single-color clothing. In addition, two playfield plastics were changed to feature the bald-headed woman from this first movie.

These Early Production “TV version” backglasses have a large white trademark symbol (TM) after the name. Artist Kevin O’Connor’s signature is also shown in white. The modified “movie version” glass has a smaller TM in a black color, the artist’s name is shown in red, and in the lower right corner is additional license and trademark text not found on the TV version.

Also pictured in this listing is a third version of the backglass made by Bally but did not appear on any game. It is identical to the movie version except it has no TM after the name. Also, it has no adhesive “Credit” sticker in the credit window. It was one of approximately 25-30 glasses that were obtained many years ago from a man who owned a warehouse that was used by Bally. We believe these glasses were considered flawed for lack of the trademark symbol and were set aside by Bally, not to be used on any machine.

This machine has been fully refurbished to like-new condition in both playability and appearance. To learn more about our pinball restoration process click here