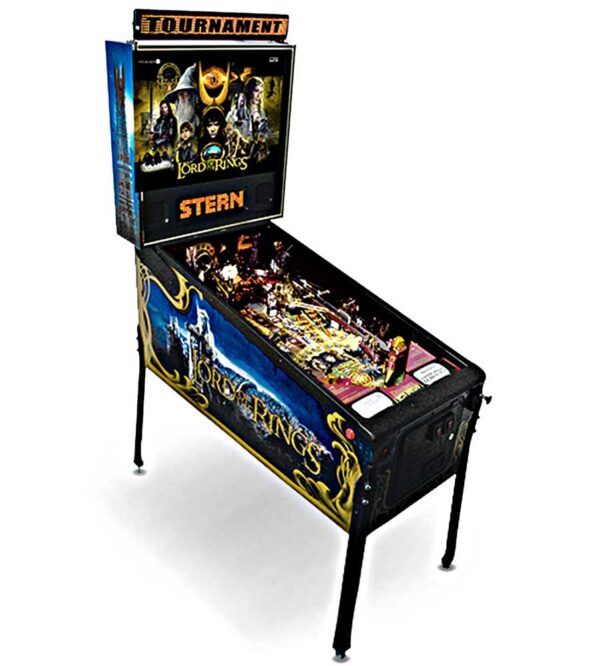 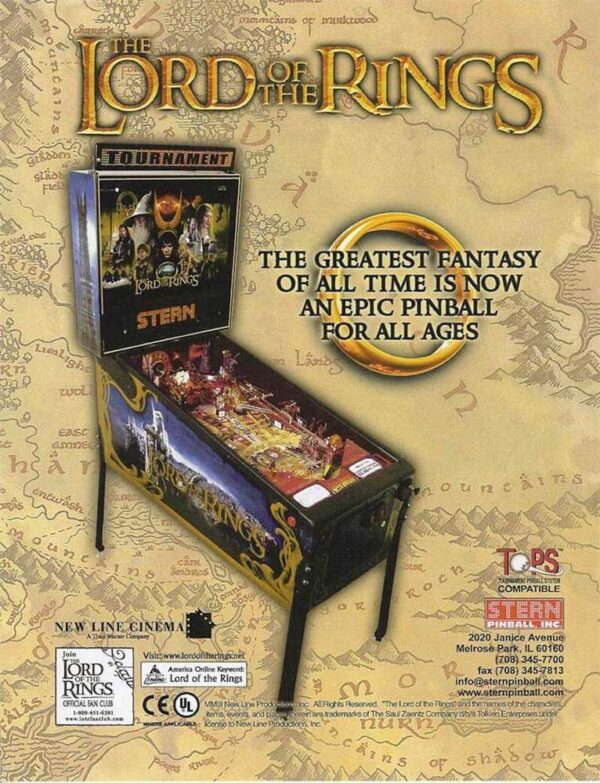 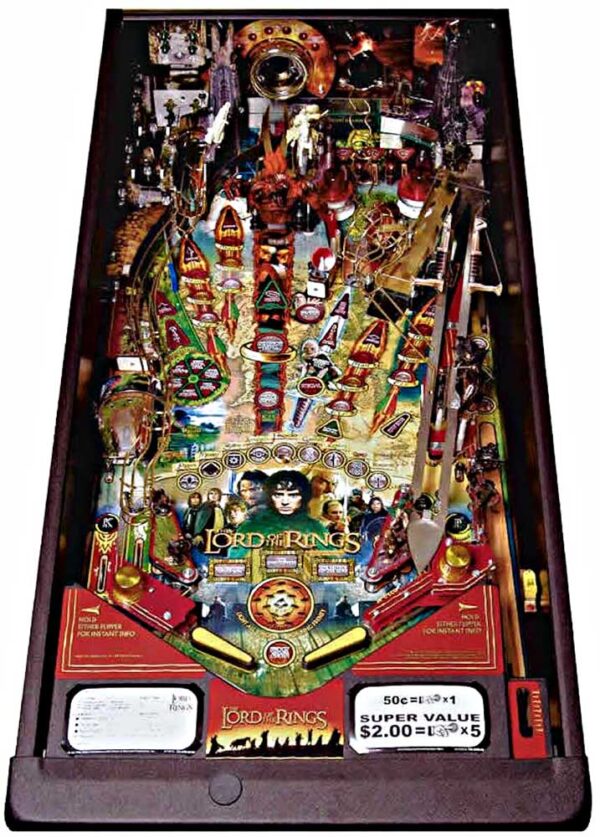 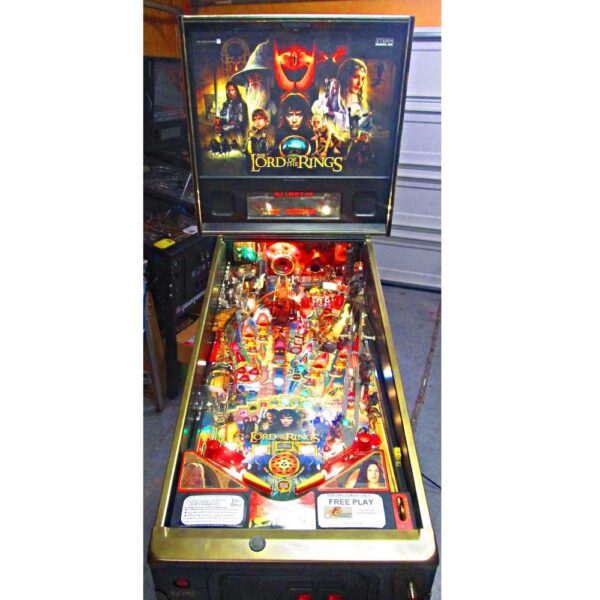 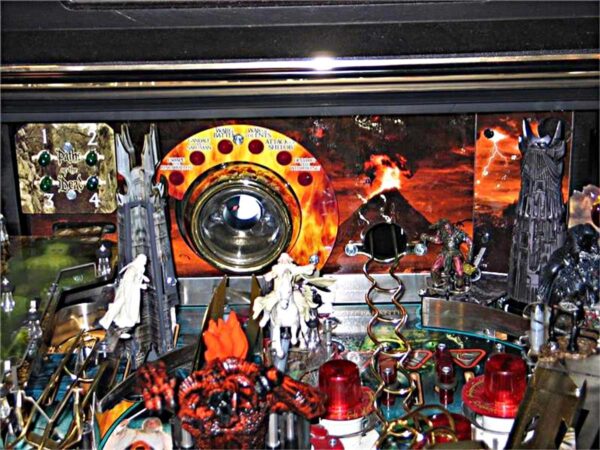 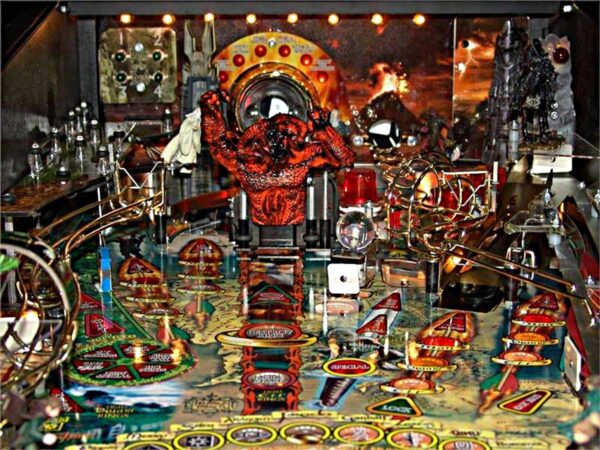 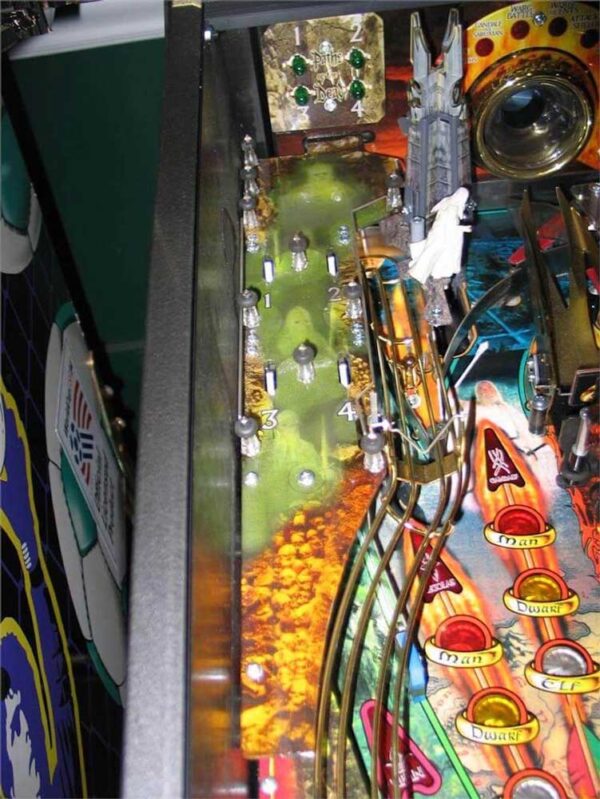 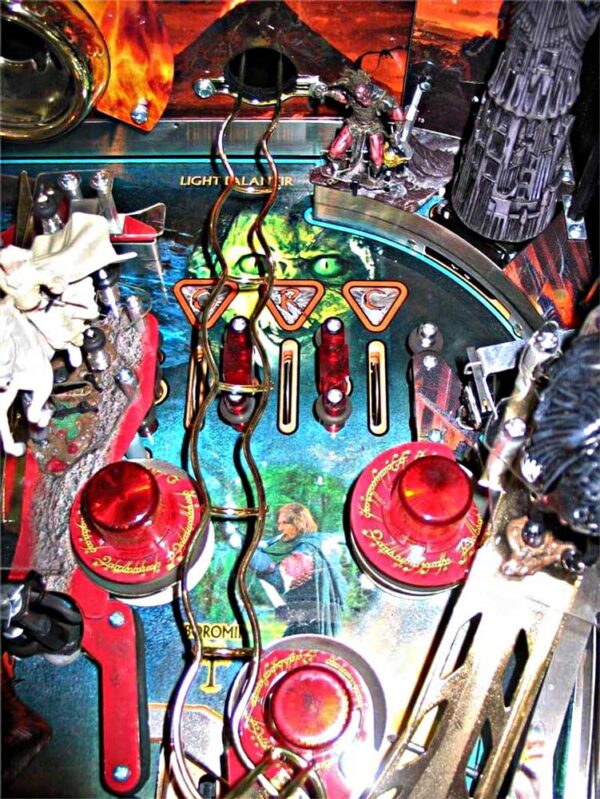 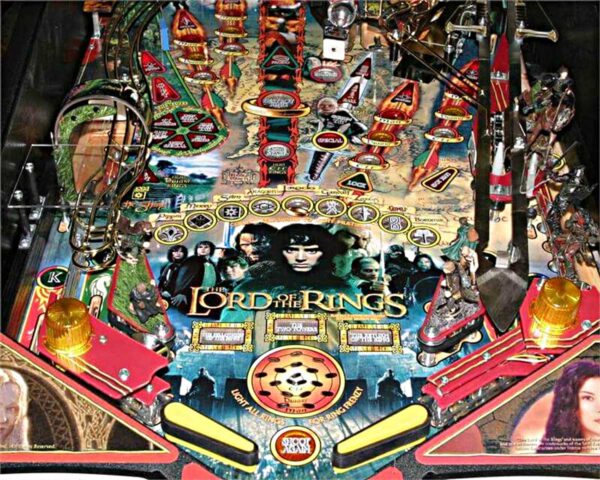 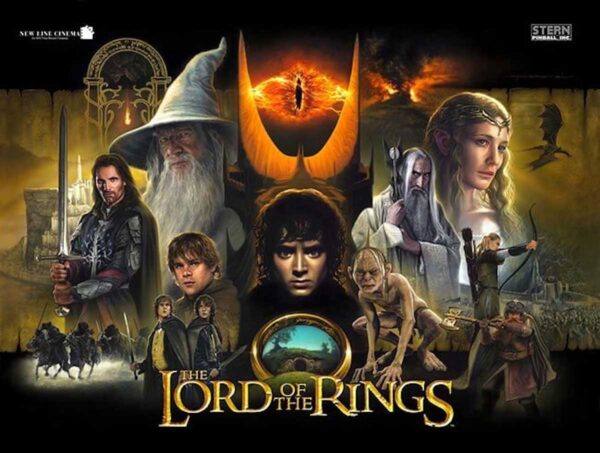 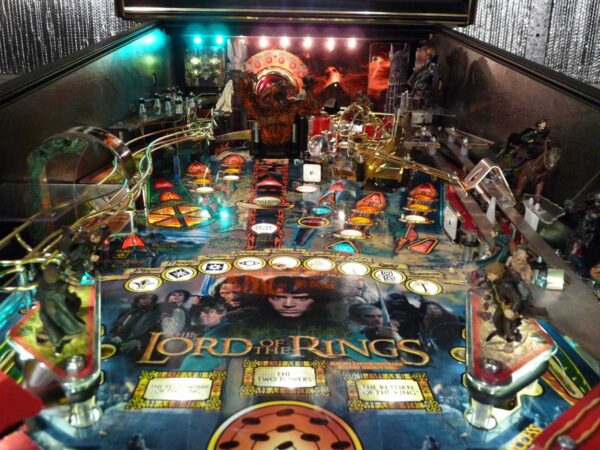 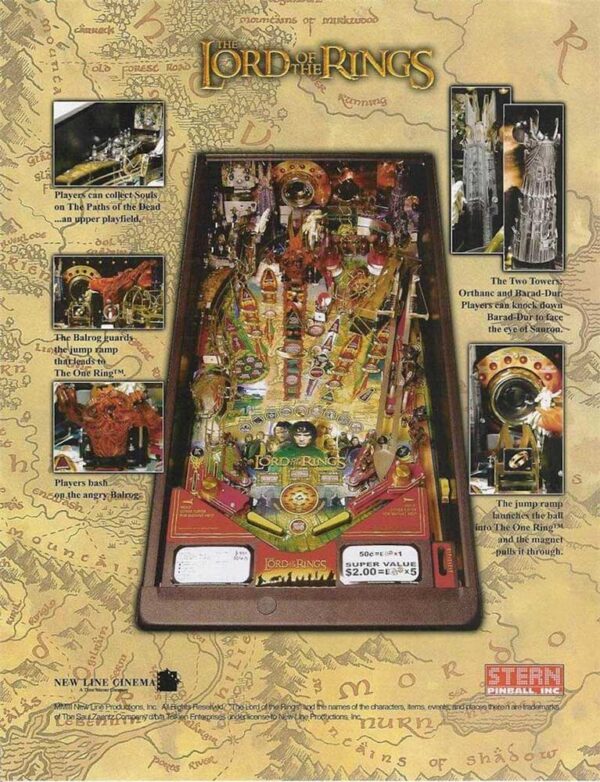 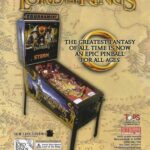 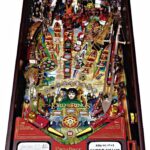 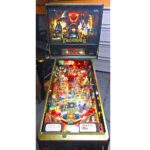 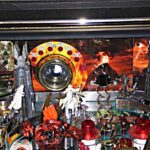 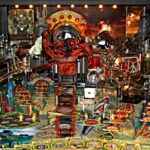 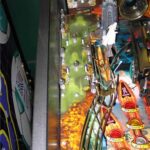 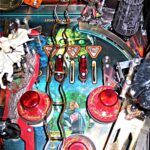 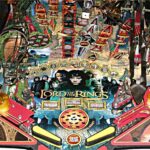 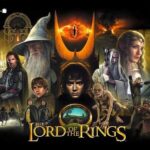 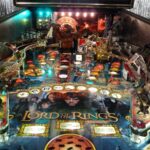 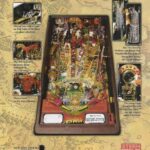 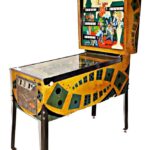 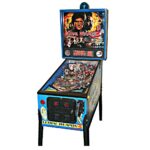 The Lord of the Rings Pinball Machine by Stern

The Lord of the Rings Pinball machine was released by Stern Pinball in 2003 and is considered one of Stern’s more popular games. The game features many exciting elements from New Line Cinema’s box office hits, THE FELLOWSHIP OF THE RING and THE TWO TOWERS, and THE RETURN OF THE KING.

The goal of The Lord of the Rings pinball machine is to collect the Elf Rings, the Dwarf Rings, and the mortal men rings, thereby forming The One Ring. Then destroy The One Ring through collecting all three movies. This machine offers non-stop action at its best in the form of the following mechanisms:

It features the highest possible score multiplier in pinball to date: During a combined “Two Towers” and “Gollum” Multiball it is possible to achieve a 84x Jackpot (when scoring seven subsequent combo Jackpot shots, having the 2x scoring Elf gift and the Smeagol phase of Gollum Multiball running at once)!

The main objective of the game is to light and start three multiballs, each of them coupled to one of the movies of the trilogy, and to finally “Destroy the Ring”:

Fellowship of the Ring: Collect all members of the fellowship (white inserts), then shoot Barad-Dur, Gollum Cave, or The Shire to start the multiball. If enabled by the operator, the mode starts with a Cave Troll that must be defeated, otherwise the player directly starts with the second part: The Balrog. One must alternate between hitting the Balrog and shooting a ramp to make the members of the fellowship escape across the bridge (the last member Gandalf will not pass but rather end the second part and enable victory lap mode).

The Two Towers: Spell “K-E-E-P” to enable the ball lock on the right ramp. Lock three balls to start multiball. Shoot all lit shots for Jackpots (depending on the number of balls, these can be 1x, 2x or 3x (when stacked with Gollum Multiball)). Combo Shots (subsequent Jackpot shots) increase the second Jackpot multiplier (up to 7x). The Two Towers is considered “complete” after the first scored Super Jackpot, after which a limited amount of additional Super Jackpots may be collected. Once the all Super Jackpots have been collected or time expires, victory lap mode is enabled.

The Return of the King: Collect 5000 souls on the “Path of the Dead” and shoot Orthanc, Barad-Dur or Gollum Cave to start. Jackpots are scored by the four lit shots, scoring all relights the Jackpots and advances the player to the next level. On the Seventh level, Super Jackpots are awarded instead of the standard jackpots, leading into victory lap mode afterwards.

Note: Multiball features are more difficult to start based on settings and subsequent triggers. For example, Fellowship multiball on Hard may only be triggered via Barad-Dur while on easy all three shots are open to initiate the feature. Another example is during Two Towers, a player may score and stack cumulative sword locks during the initial trigger. During the second trigger, K-E-E-P remain lit until the sword lock has been awarded. During the third trigger, K-E-E-P letters turn on AND off when toggled while trying to lock the third ball.

Another objective are the modes that can be started by shooting the Ring when lit:

Completing all modes enables the bonus mode “There and Back Again…” (Elf rings still need to be collected to start the mode). Also, a mode cannot be started when Destroy the Ring is lit. Modes cannot be starting while a multiball is in play either, however, modes can be triggered before a multiball, thus becoming “Stacked”.
The wizard mode (Valinor Multiball) is said to be one of the hardest to reach to date (only being topped by The Simpsons Pinball Party) as it needs all multiballs to be fully completed, reaching and playing “There and Back Again…”, collecting all the “Gifts of the Elves”, and finishing “Destroy the Ring”.