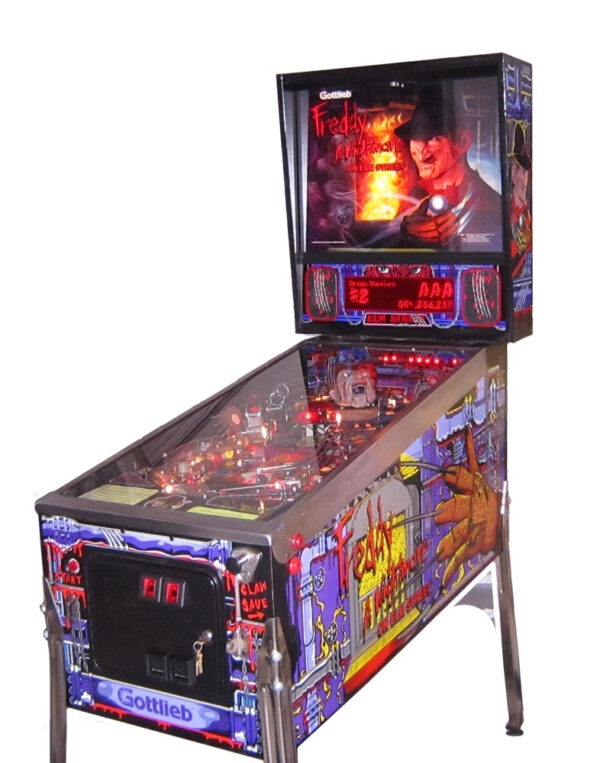 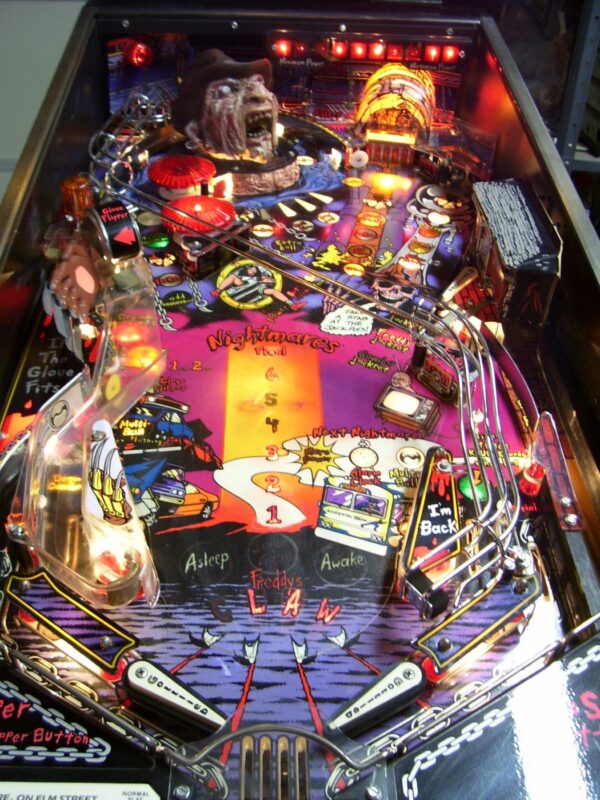 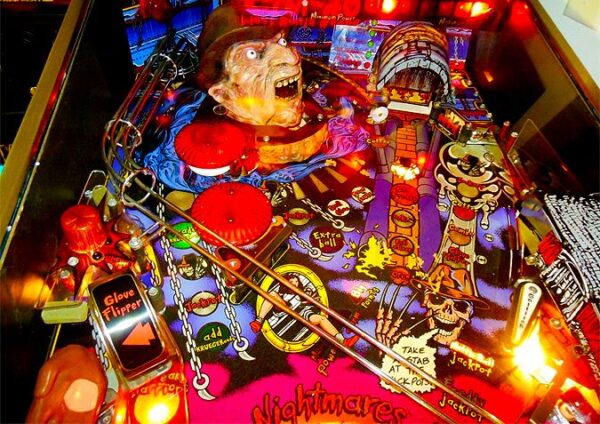 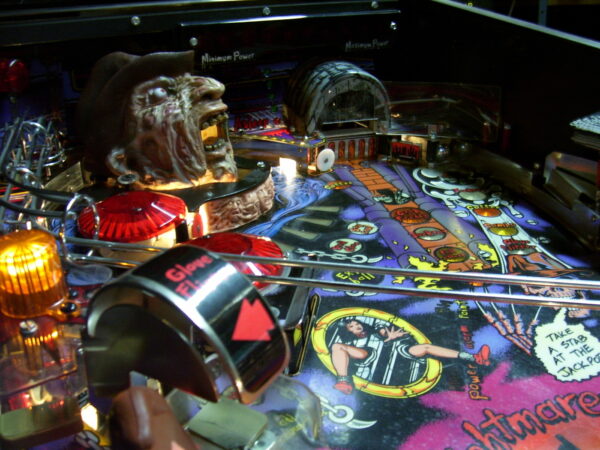 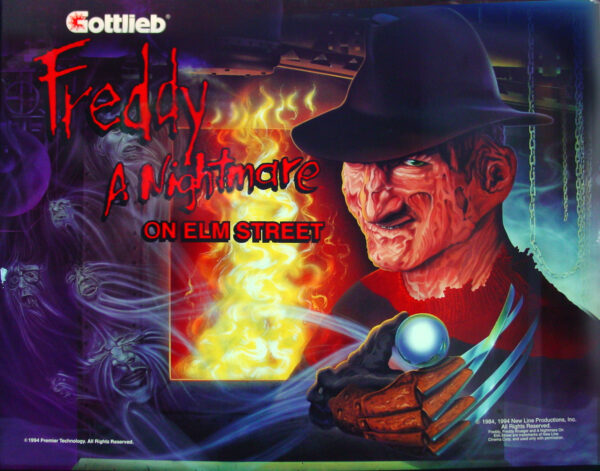 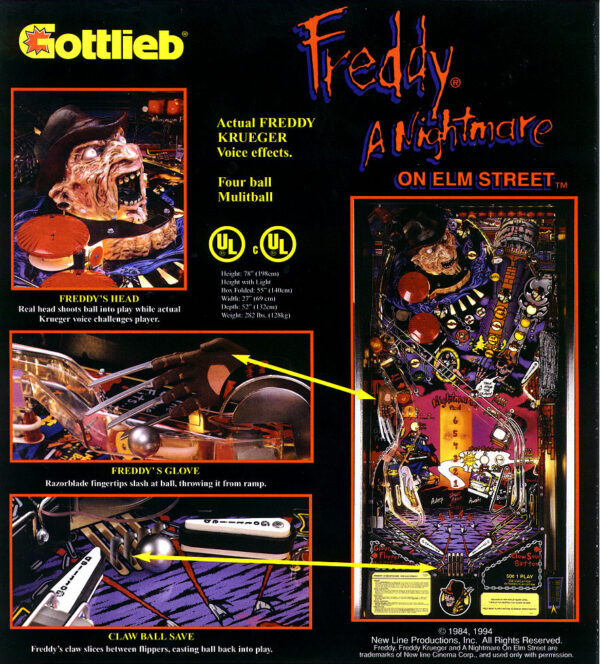 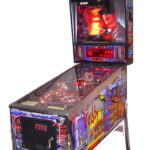 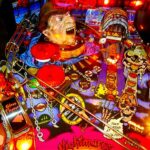 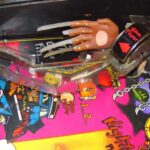 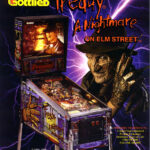 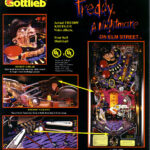 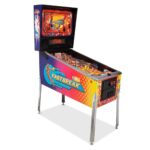 Launched in 1995 on the back of the hugely successful horror movie, Freddy: A Nightmare On Elm Street follows the adventures of the nocturnal monster Freddy Krueger.

Launched in 1995 on the back of the hugely successful horror movie, Freddy: A Nightmare On Elm Street follows the adventures of the nocturnal monster Freddy Krueger.

With plenty of multiball rounds to keep you sharp, the playfield features lots of interactive elements. Halfway up the table on the left is a third flipper in the shape of Freddy’s claw. Use this carefully to keep the ball up in the top of the playfield. If you’re lucky you’ll hit Freddy’s head, which moves and spits out multiballs, or the furnace, which activates special game modes. Between the flippers there’s a ball save feature, but you’ll have to remember to hit the third button when you need it!

Creepy, horror movie theme.
With an immersive, creepy theme involving deep red backlighting, spooky voiceovers and music, and plenty of nasty shocks, Freddy: A Nightmare On Elm Street is one of the best horror-themed pinball machines ever made. Just remember to keep the lights on…