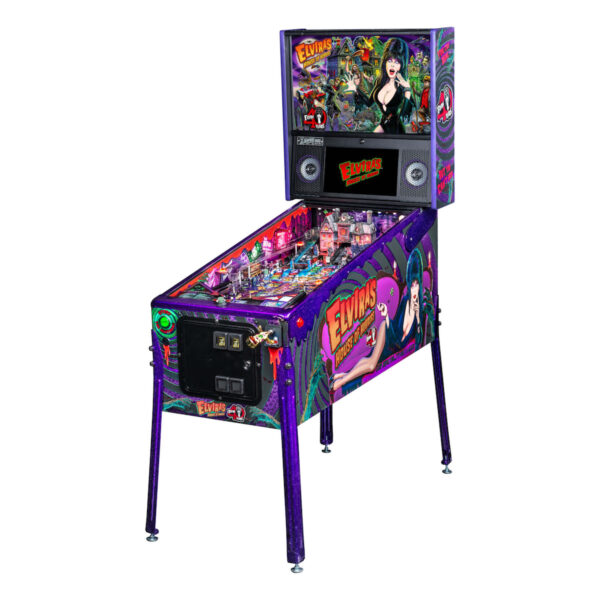 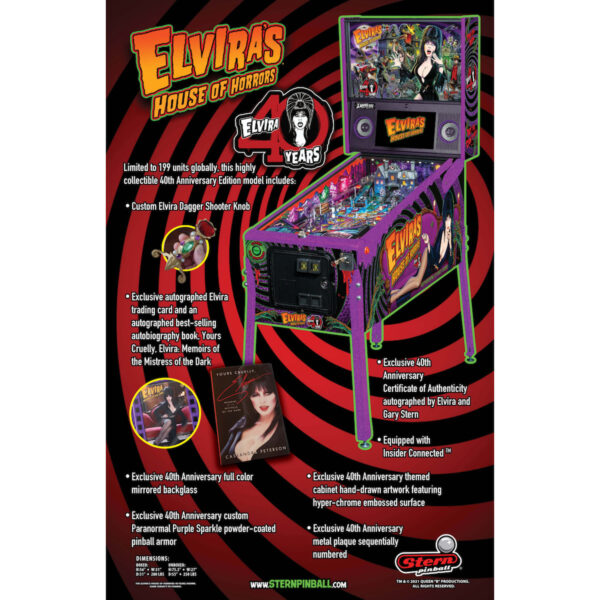 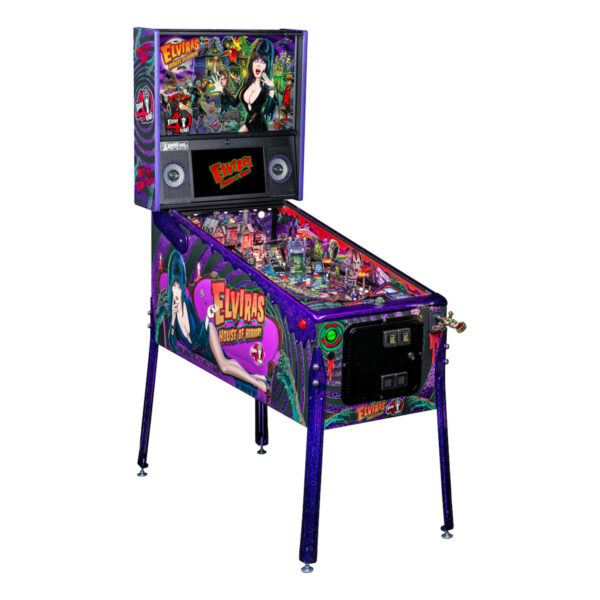 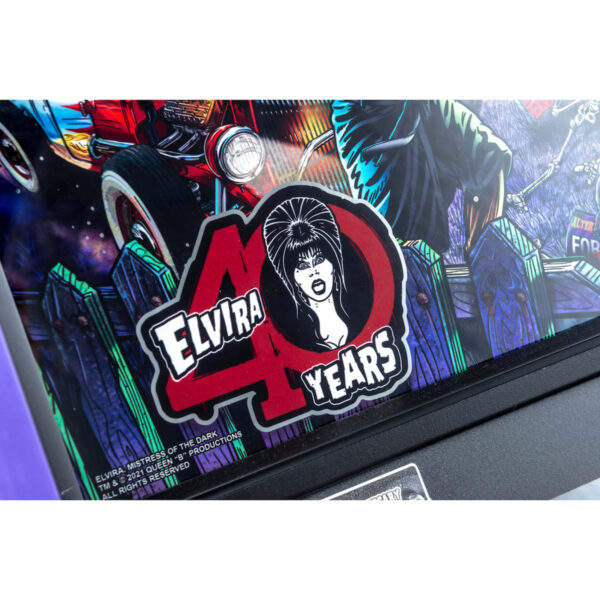 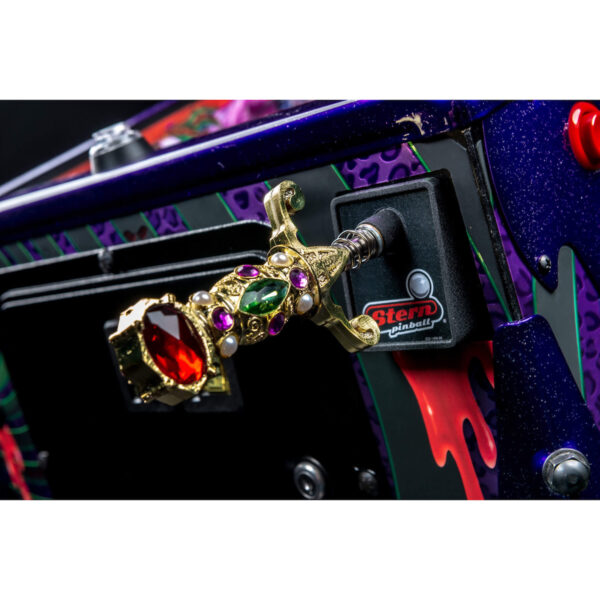 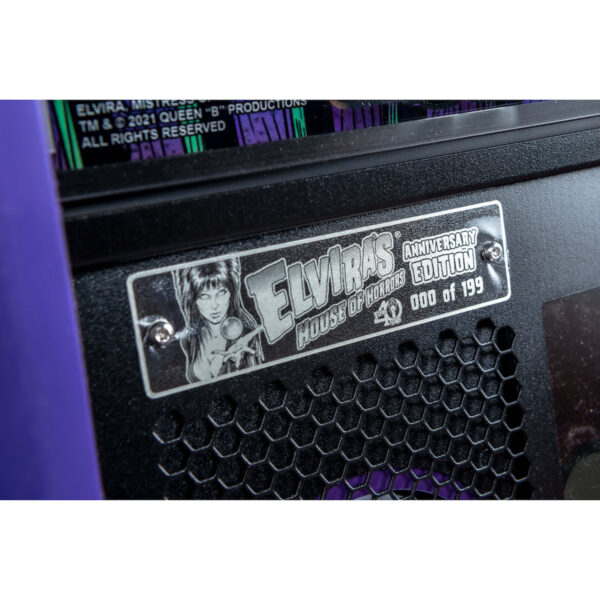 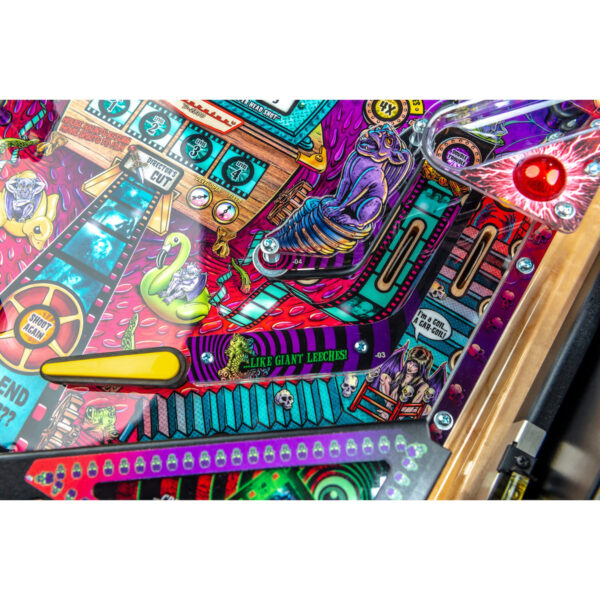 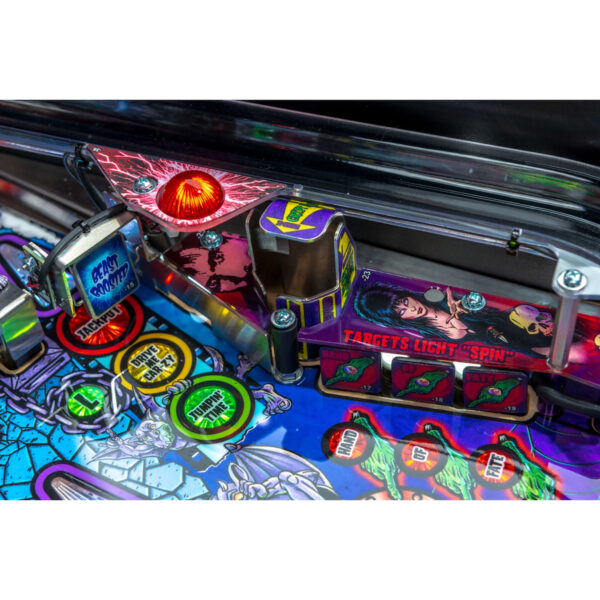 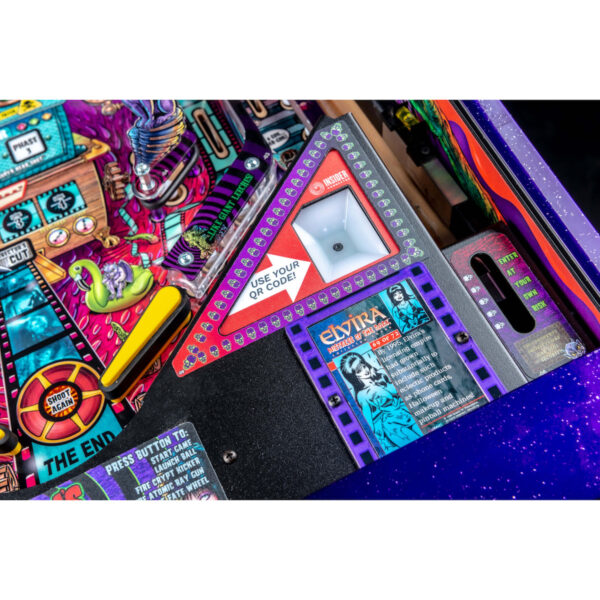 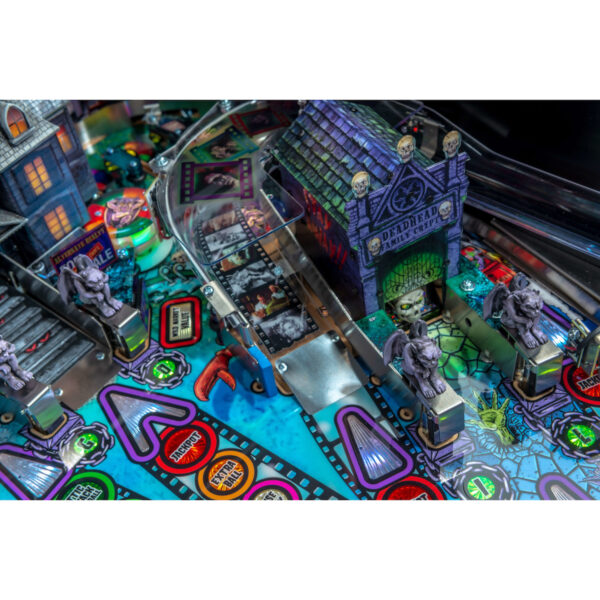 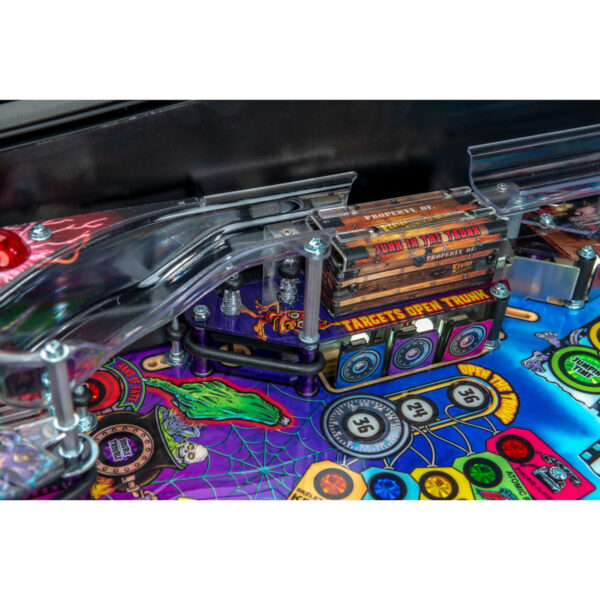 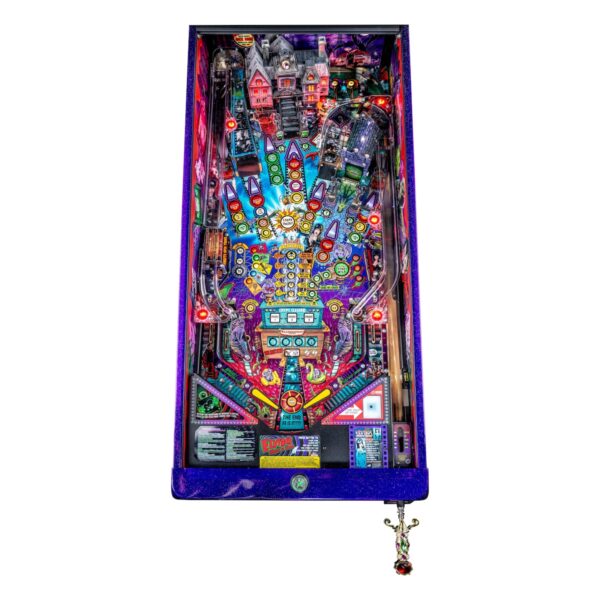 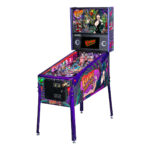 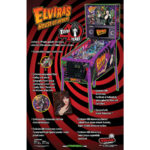 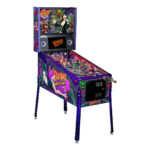 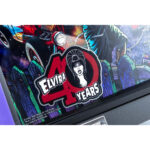 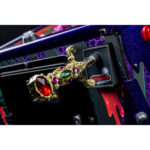 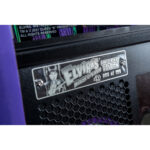 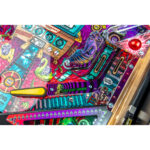 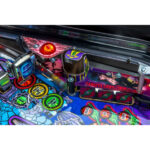 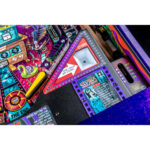 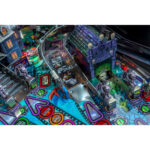 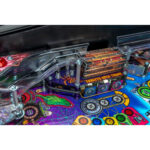 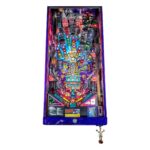 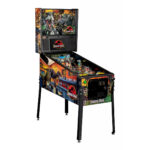 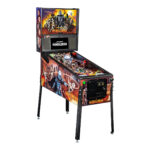 The taunting is over and the haunting begins in the third and campiest installment of the Elvira pinball trilogy!  Trying to sell her mansion through “Alternate Realty”, Elvira’s house is haunted by the movie characters from her past.  These ghouls, ghosts, monsters, and strange assortment of vintage characters with horrific acting skills seek revenge on Elvira while she and the player confront them, sending them back to the “film” from which they came!  Elvira’s House of Horrors immerses players in a fun, campy, B-movie universe filled with all of the humor expected from the Mistress of the Dark including custom speech and, in a pinball first, exclusive filming of Elvira for custom video scenes featured throughout the game!

The 40th Anniversary model features Elvira’s “House of Horrors”, a frightening Victorian fixer-upper, full of creepy charm and supernatural surprises.  Players can gain access to the mansion through the front door, the cellar, or through the garage which is guarded by a gravestone drop-target.  An orchestra of color changing RGB lights accentuates the house in sync with the different “House Haunts” featured throughout the game.  Lighted windows and a spinning attic turret track players’ progression on their pinball journey.

If a haunted mansion wasn’t enough to keep your skin crawling, beware of the “Deadhead Family Crypt”!  This mausoleum houses a variety of characters that need an awakening courtesy of a steel silver ball to their head.  This interactive crypt will keep players on their toes with the Crypt entrance unleashing balls from a separate location while also becoming a physical bash toy.  And with Elvira’s pending move from her hopeful home sale, the interactive Elvira’s “Junk in the Trunk” toy allows players to lock balls for a frantic two-ball multiball.

“It was a pleasure to work directly with the Mistress of the Dark on this third collaboration,” said Gary Stern, Chairman and CEO of Stern Pinball, Inc.  “Elvira’s House of Horrors pinball is a haunting fun time!”

The 40th Anniversary Edition is limited to 199 units globally.  It includes a custom Elvira Dagger Shooter Knob, an exclusive autographed Elvira trading card, an Elvira autographed best-selling autobiography book, Yours Cruelly, Elvira: Memoir s of the Mistress of the Dark, and an autograph certificate of authenticity by Gary Stern and Elvira herself.

Delivery and Installation (Outside Service Area): $999.99