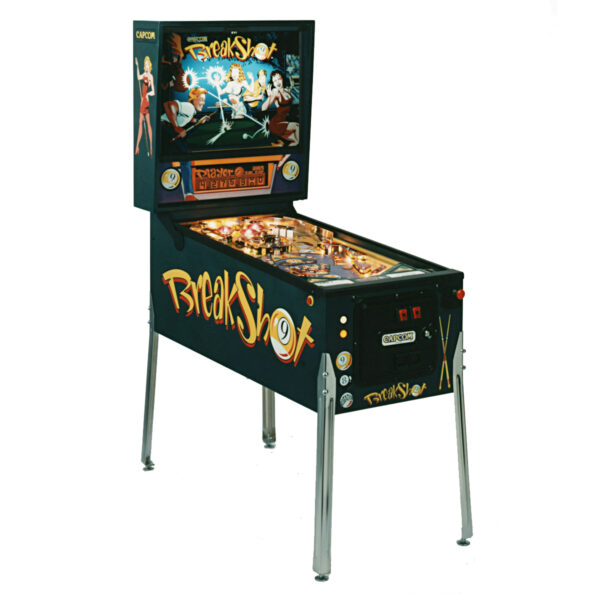 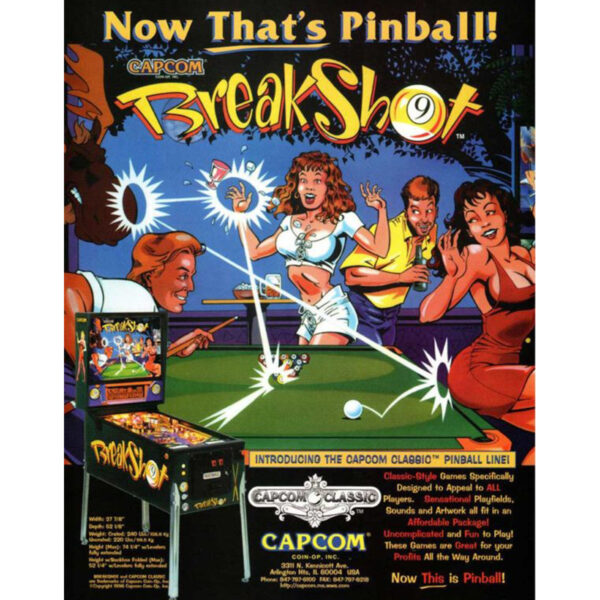 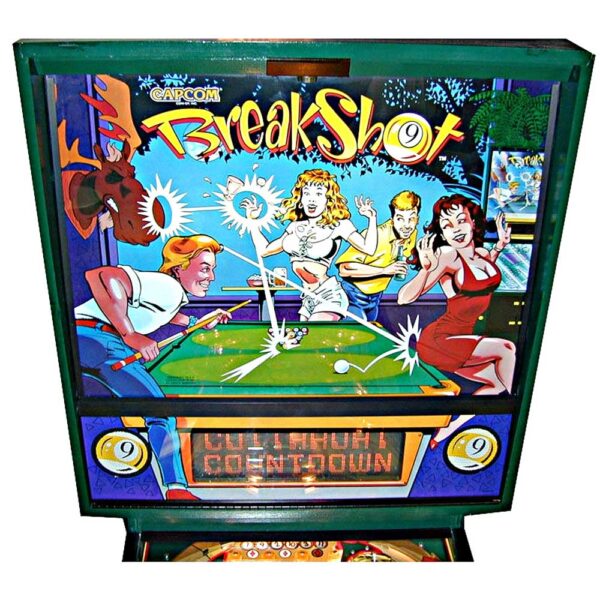 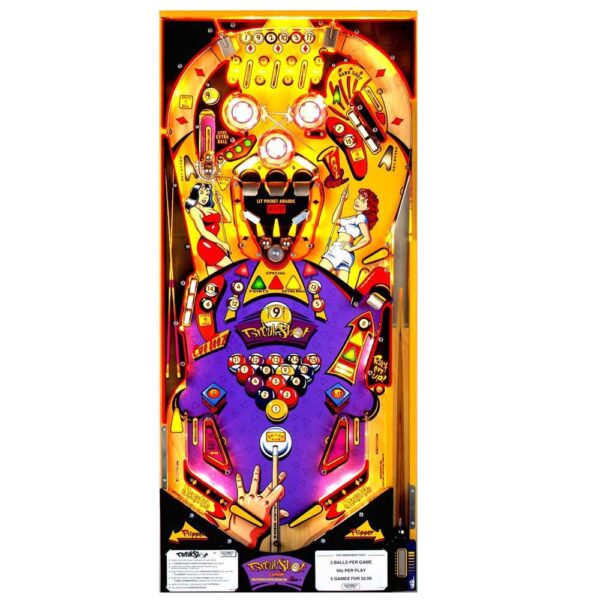 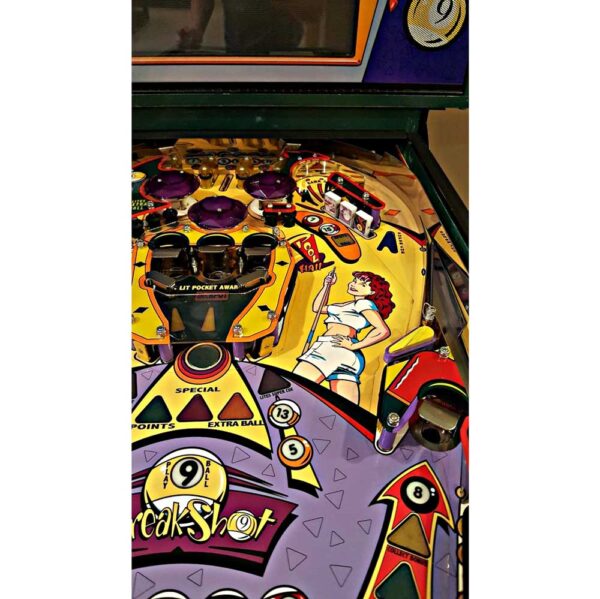 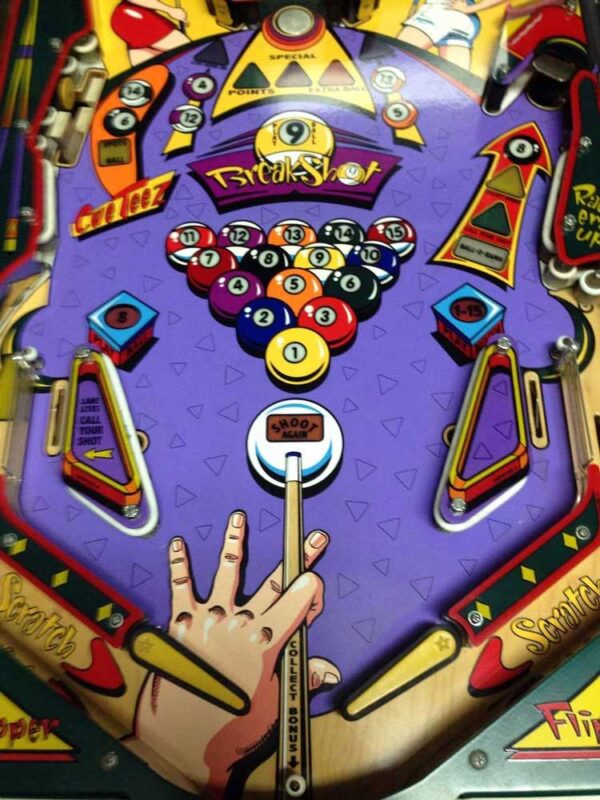 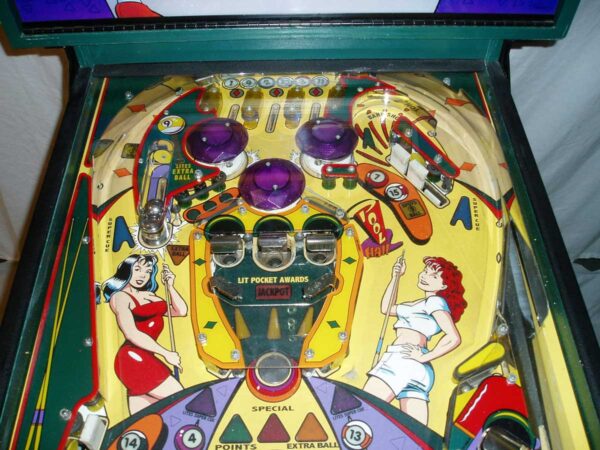 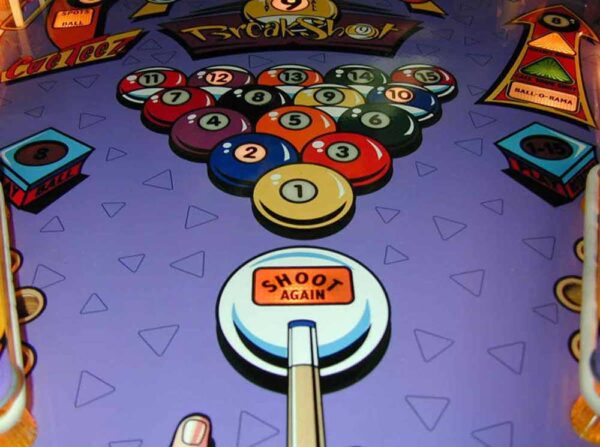 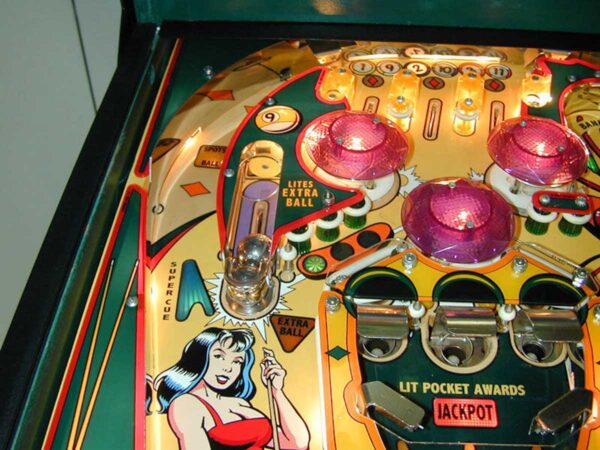 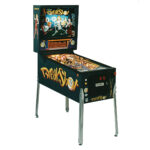 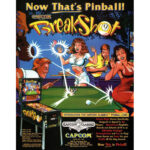 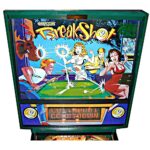 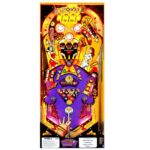 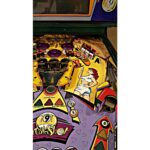 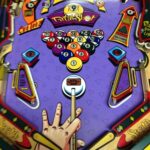 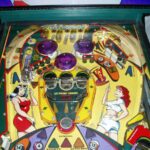 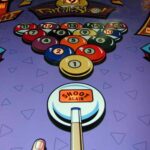 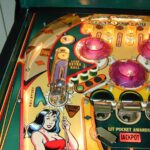 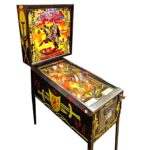 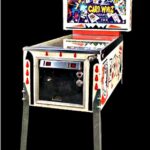 Breakshot is a billiards themed pinball machine released by Capcom in 1996. The game is set in a pool hall where you complete games over and over. The four main games are: Eight Ball, Nine Ball, Rotation, and Cutthroat Countdown.

Capcom’s Breakshot pinball machine was released in 1996. The game is set in a pool hall where you complete games over and over. The four main games are: Eight Ball, Nine Ball, Rotation, and Cutthroat Countdown.

3 ball cue in the center of the playfield with a hole at the bottom, and 3 scoops at the top; after each ball is captured, a large metal plug rises and blocks the opening and the locked balls rest against it. The player must then hit the plug to knock the balls into the scoops to start multiball.

This 1996 game is designed in the older electromechanical style, with no ramps and a one-level playfield. It has a dot matrix display that shows the scores as score reel numbers, and digital sound that simulates EM chimes.