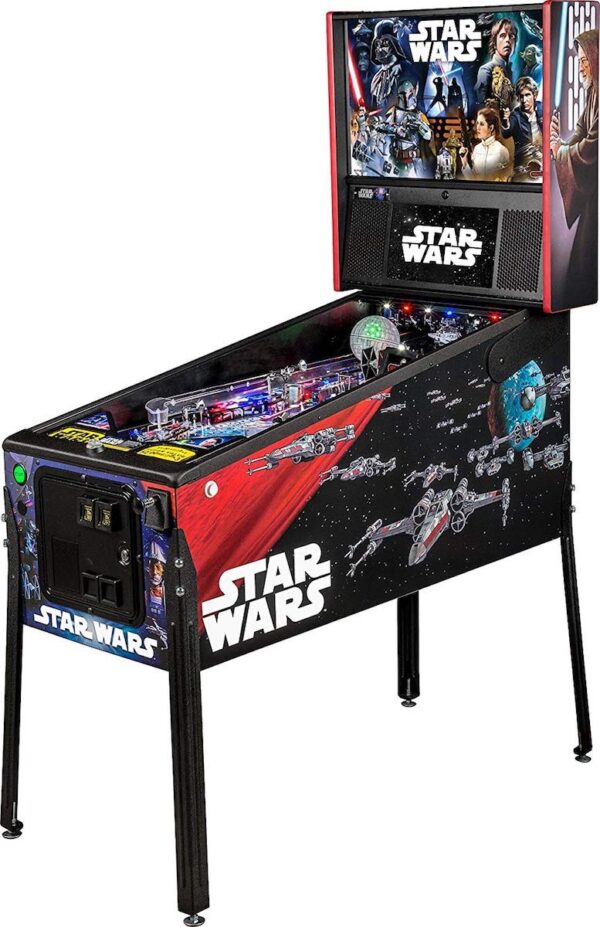 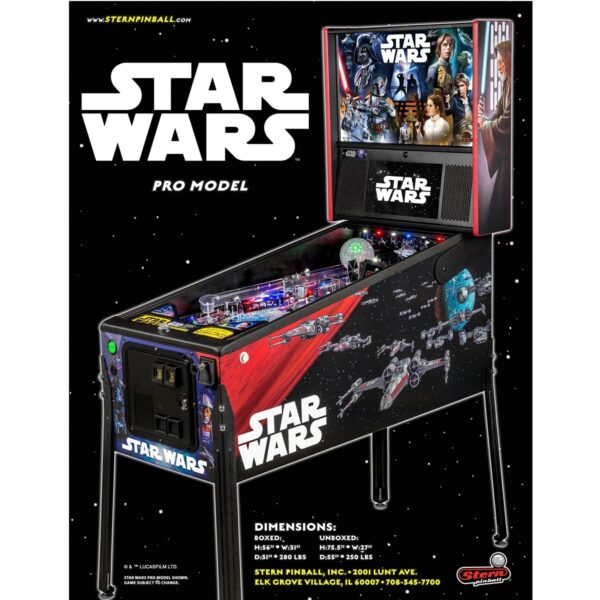 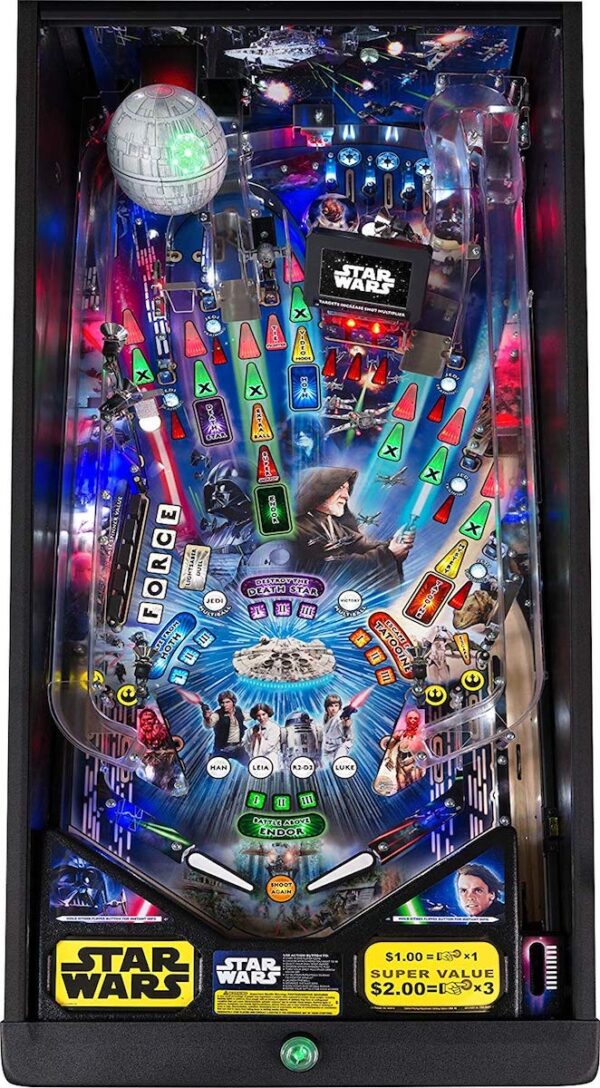 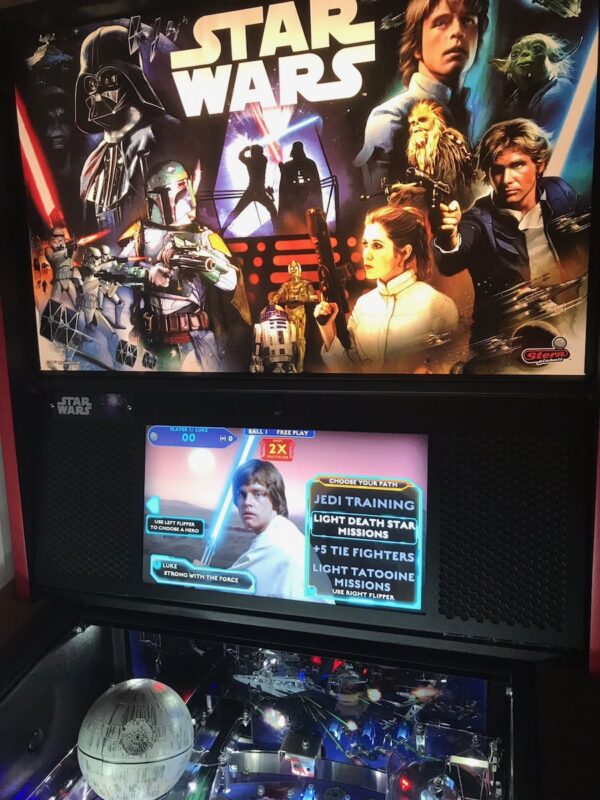 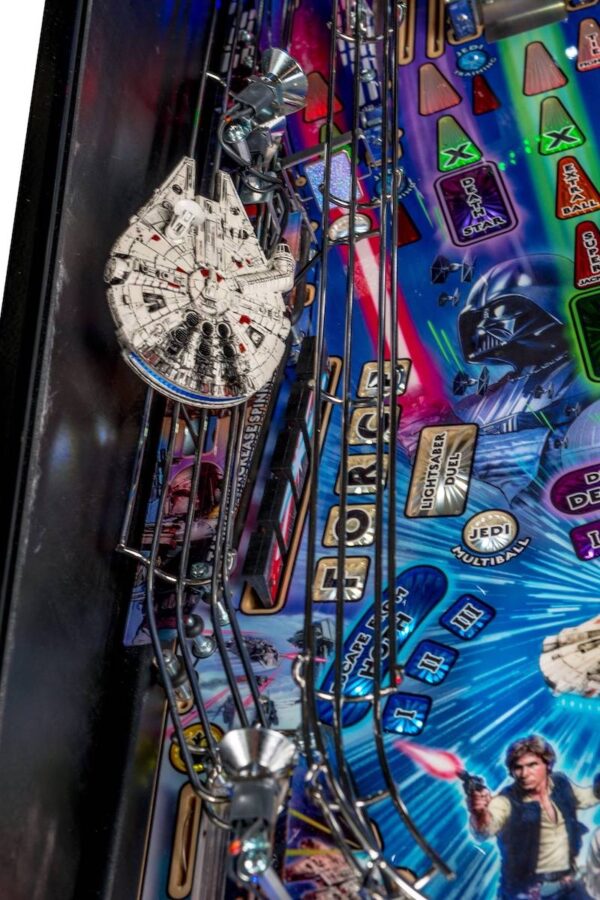 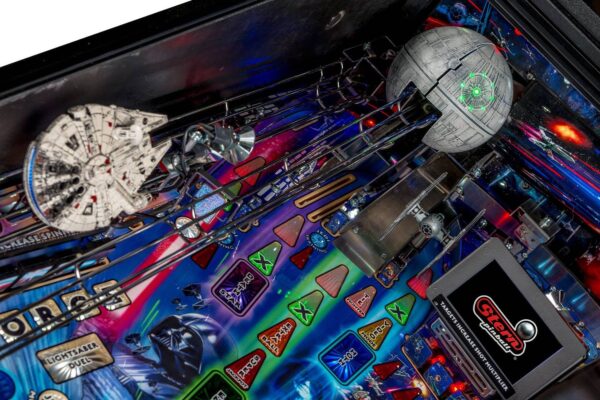 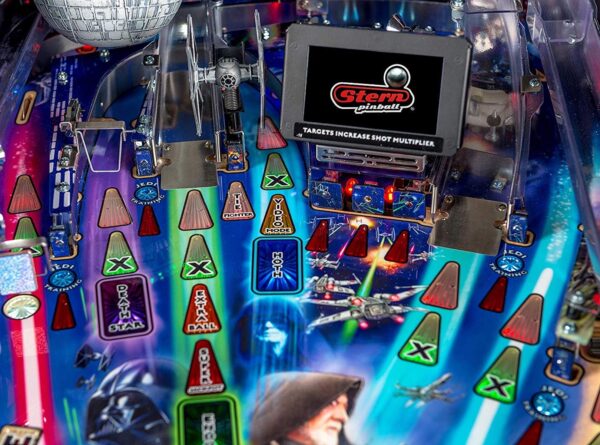 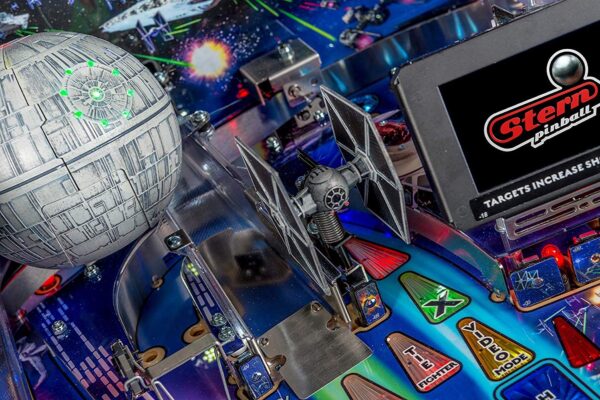 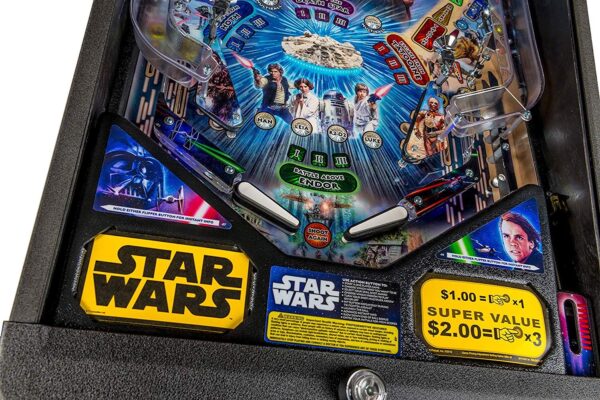 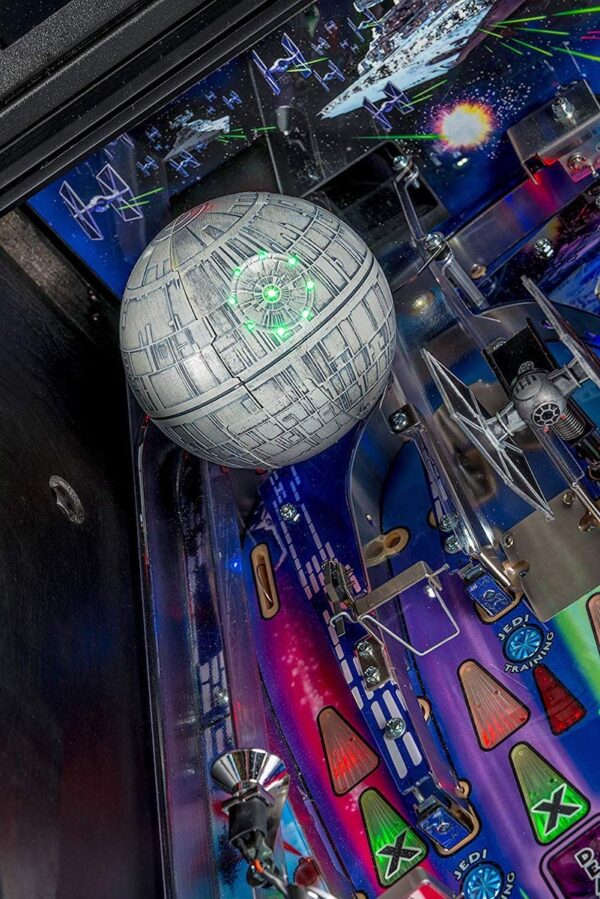 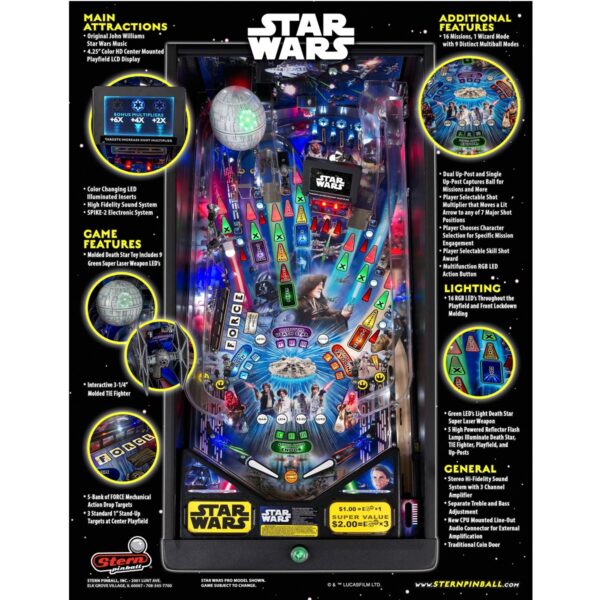 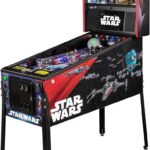 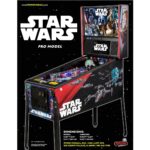 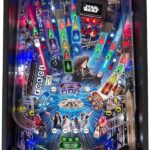 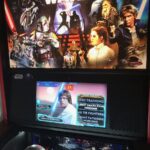 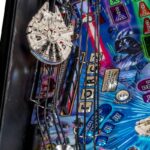 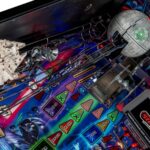 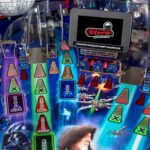 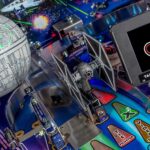 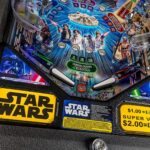 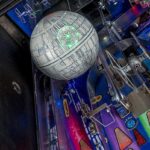 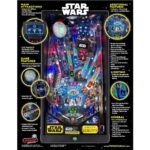 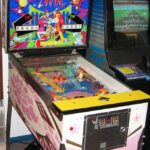 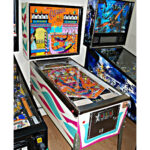 The Star Wars Pro pinball machine was released by Stern Pinball in 2017. Star Wars Pro will immerse players in the dynamic and challenging pinball environment as they Battle to restore Justice to the Galaxy.

All machine features 2 LCD’s and mounted on the playfield directly in the players view is a 4.25 inch LCD used as never before to give player instruction and feedback. In addition to score, status and instruction information, the backbox mounted larger LCD will display as many as 400 Star Wars video scenes.  The player will decide to play as Hans, Leah, R2D2 or Luke.  At the start of each ball the player will pick the award the player will earn for a successful skill shot, effecting strategy of good players to challenge them even on the Pro.  The game will default select for the casual player, slow to make a choice. Unique player controlled LCD fight modes are played while the ball remains active on the playfield.

The soundtrack features original John Williams Star Wars music played on a stereo Hi-Fidelity sound System with 3 channel amplifier and adjustable bass and treble. The pinball machine features the best of the beloved Franchise, featuring the cast of episodes IV, V, & VI complete with beautiful hand-drawn art by a cadre of talented artists

Powered by the spike-2 electronic System that enables high-definition graphics and innovative animation on an HD LCD screen. Players will be mesmerized by the interactive molded Death Star complete with 9 Green Super Laser Weapon LED’s on the playfield!