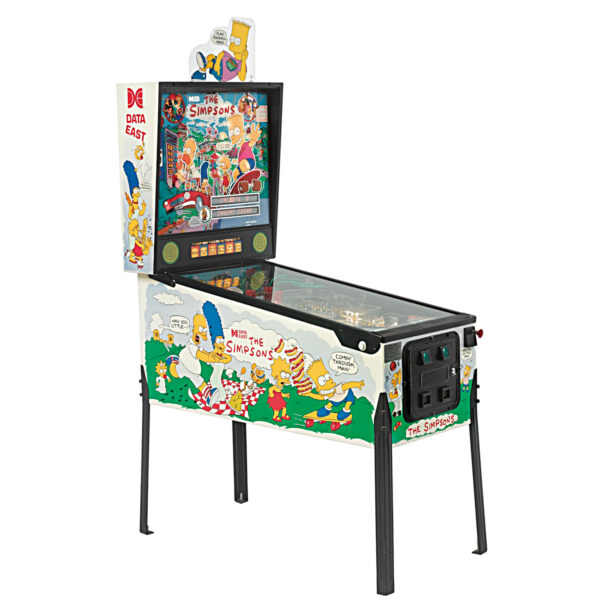 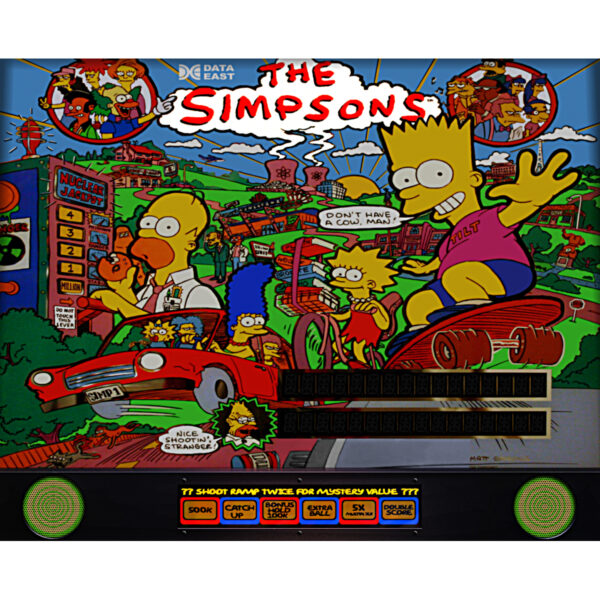 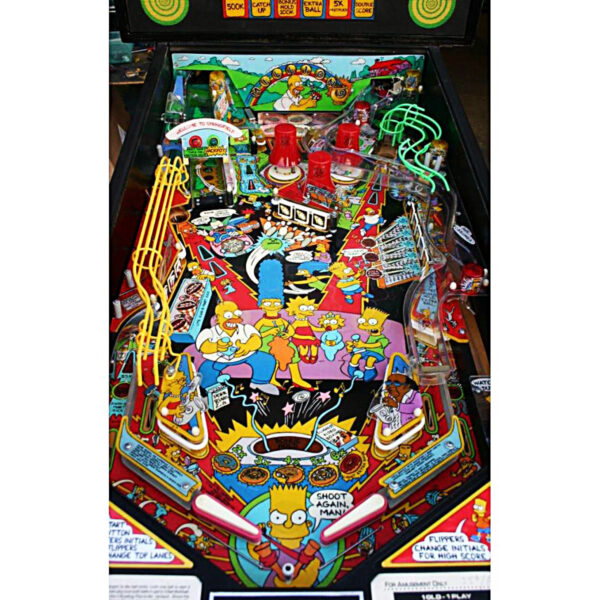 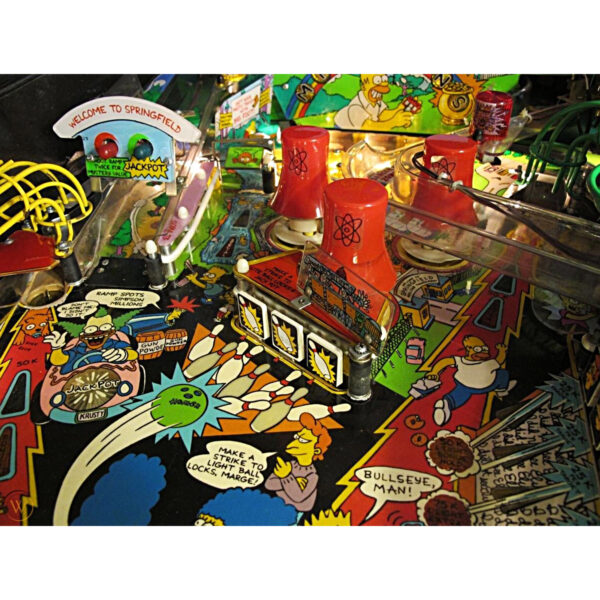 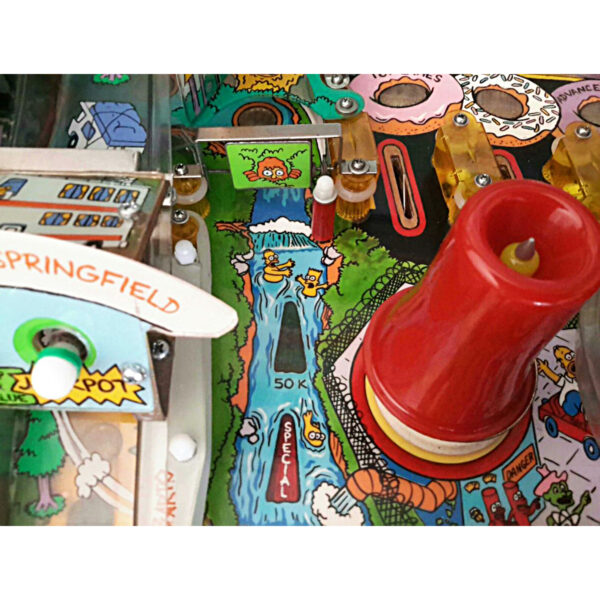 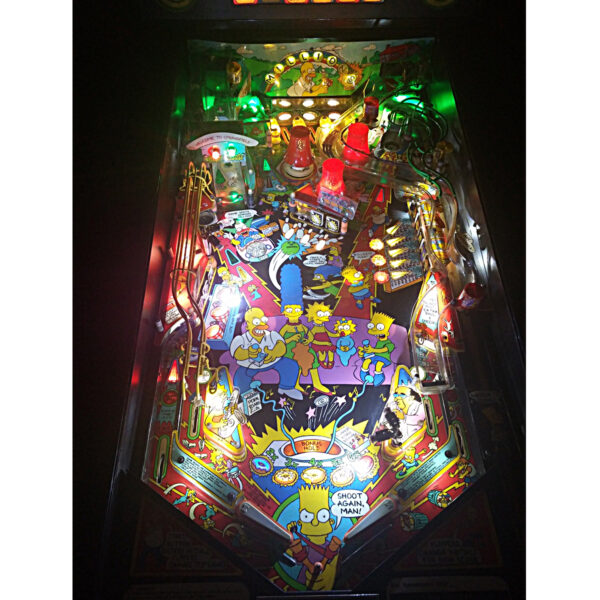 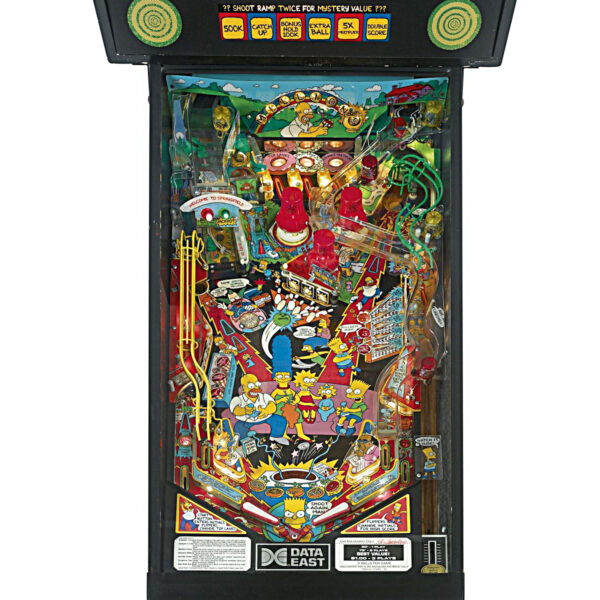 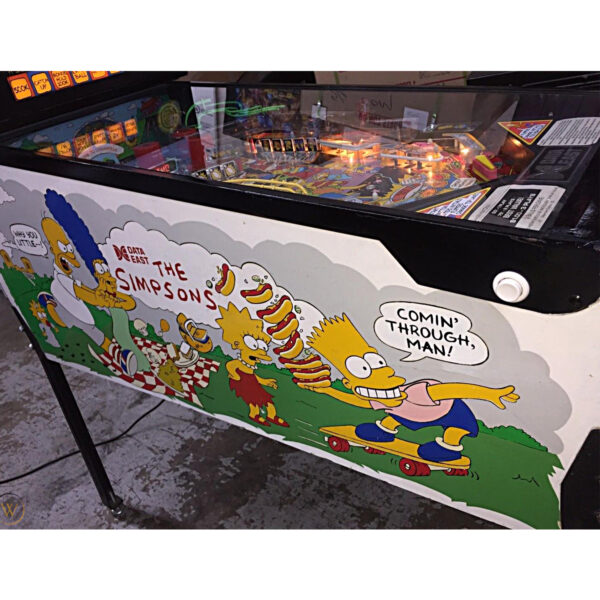 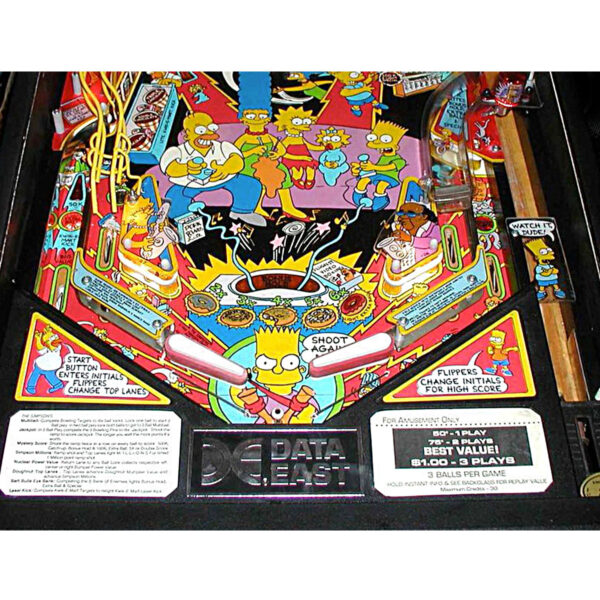 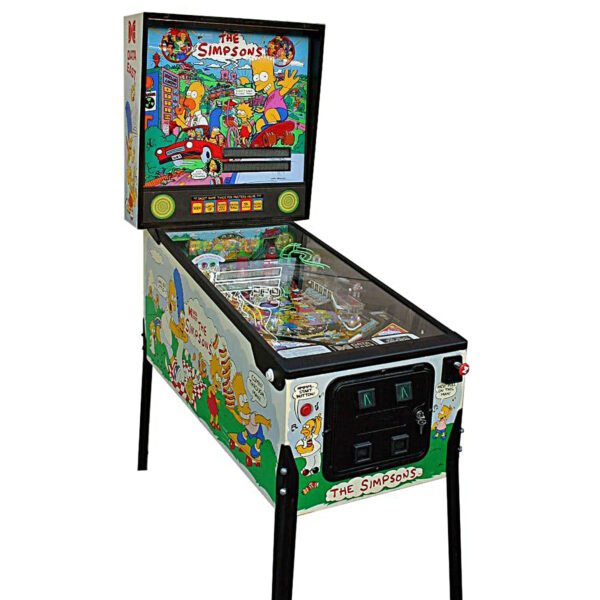 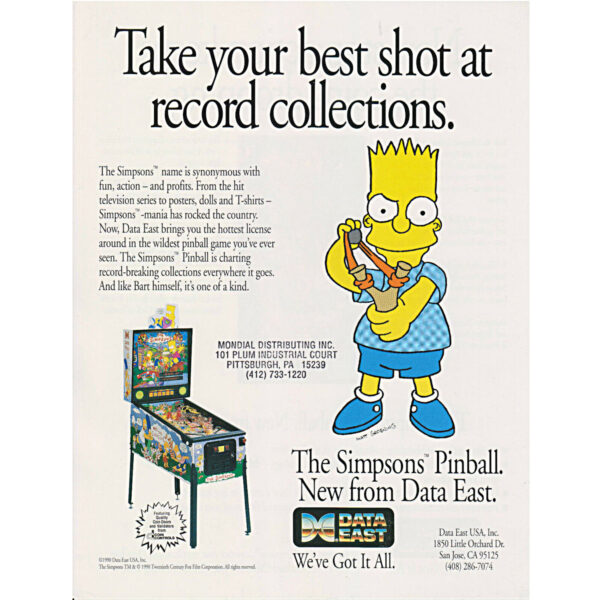 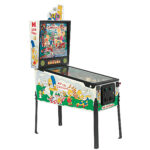 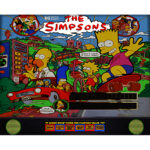 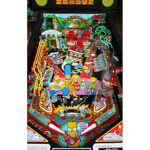 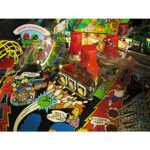 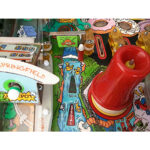 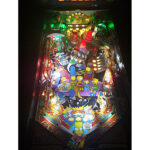 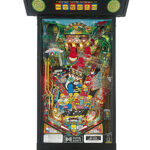 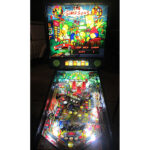 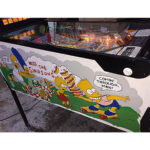 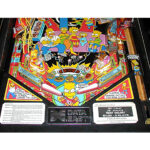 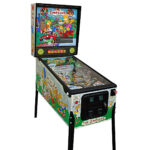 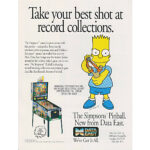 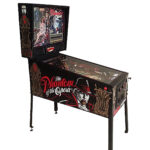 Phantom of the Opera Pinball Machine 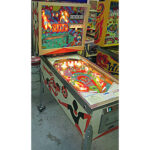 The Simpsons pinball machine was released in 1990 by Data East Pinball. It is based on the animated sitcom The Simpsons and features many elements from the series, such as character voices and music.


The Simpsons pinball machine is a 1990 game released by Data East Pinball. It is based on the animated sitcom The Simpsons and features many elements from the series, such as character voices and music.

The bumpers are dressed as nuclear reactors and several characters from the show function as targets. Other targets depict the Simpson family’s favorite foods, such as chocolate and pork rinds, and the family bowling. The machine is equipped with a Yamaha synthesizer that plays the theme song from the television series. It also features a computerized voice system on an OKI sound chip, and the characters are constantly talking. The original voices of the characters from the series are used. Mr. Burns says “Don’t blame me; I didn’t do it,” Homer taunts you with “Don’t you know how to use the flippers?”, while Bart says lines like “Don’t have a cow, man,” “Way to go, man,” “You blew it, man,” and “Hey, man, I’m an underachiever, too.”

The Simpsons pinball machine won the award for best pinball game in 1990 by the Amusement and Music Operators Association.