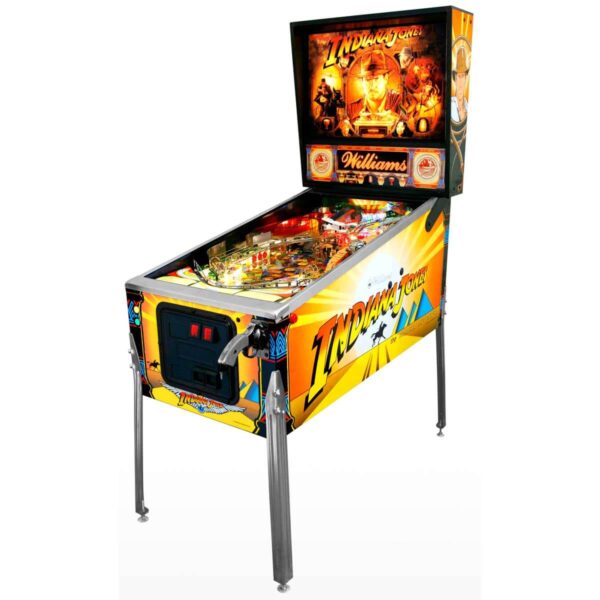 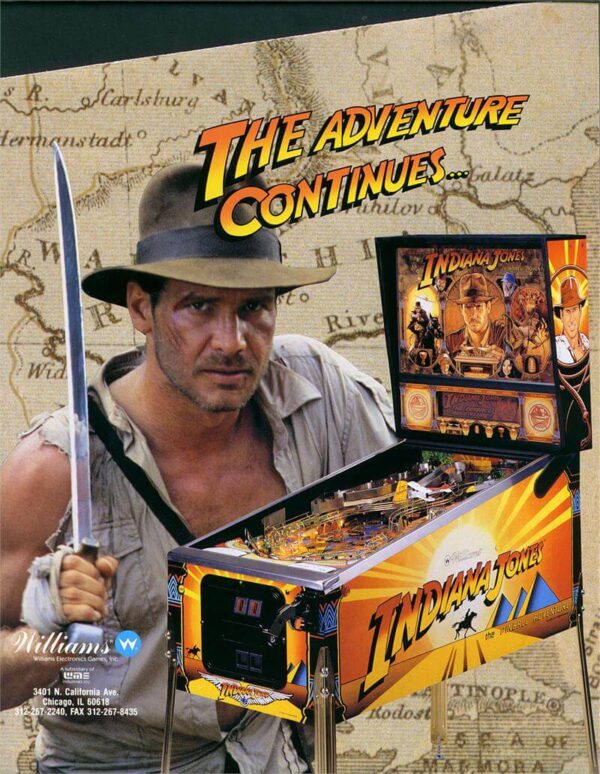 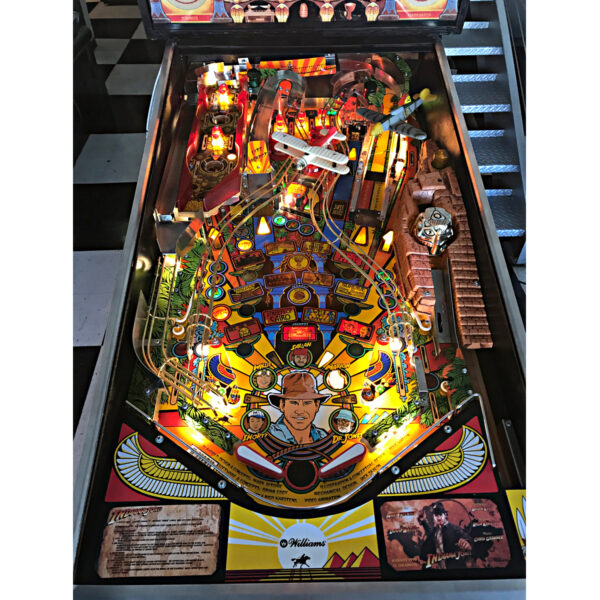 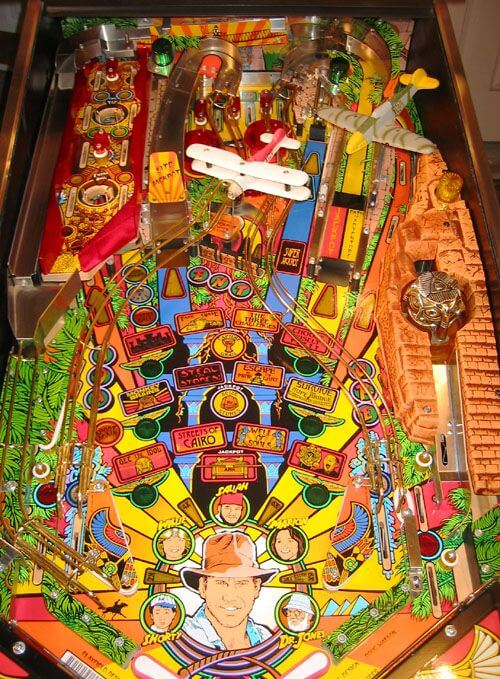 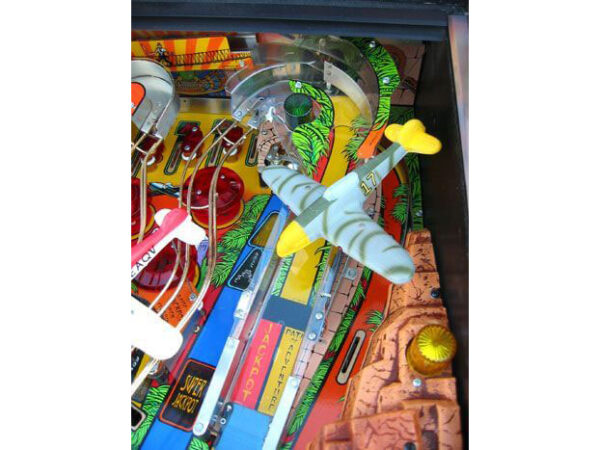 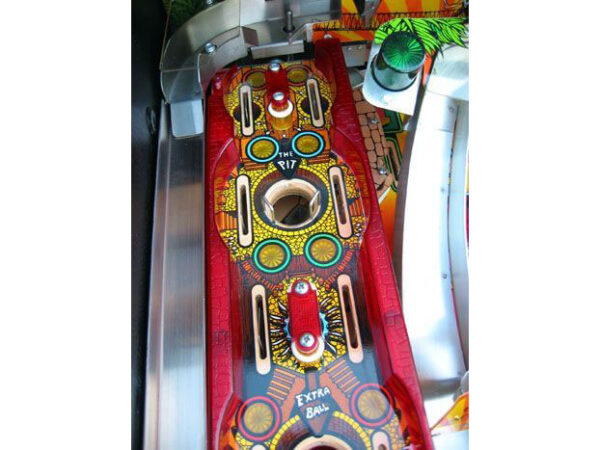 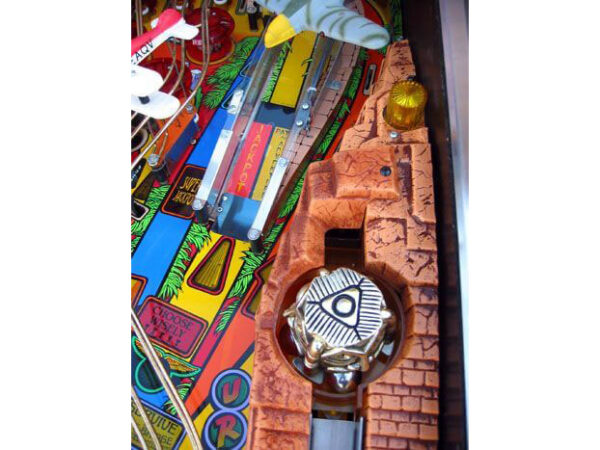 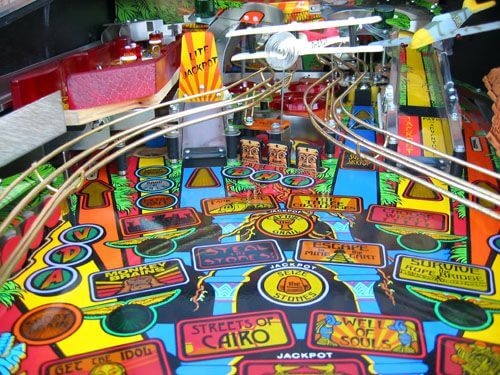 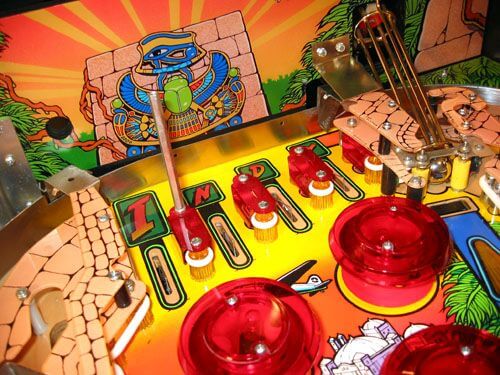 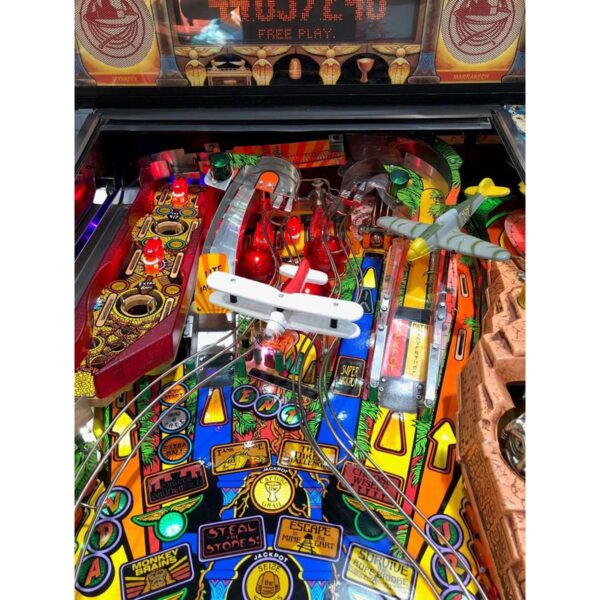 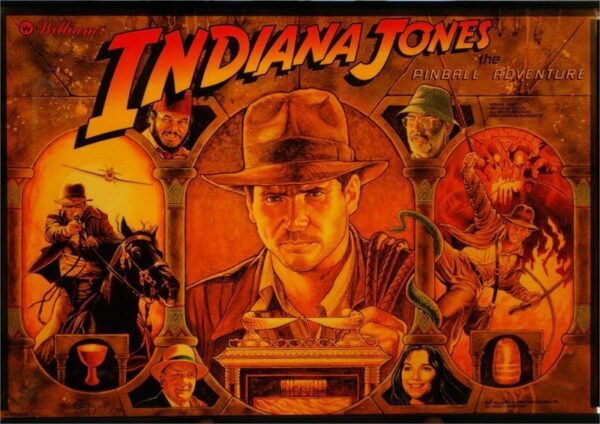 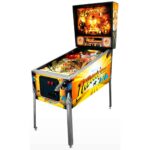 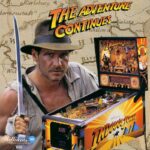 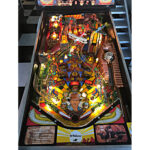 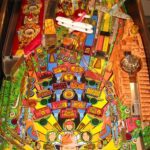 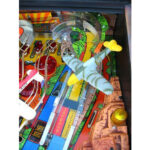 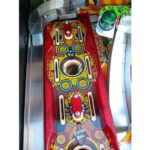 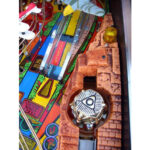 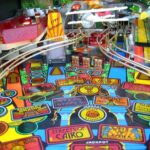 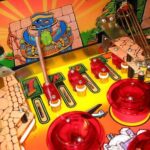 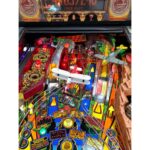 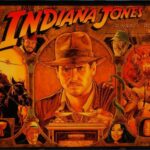 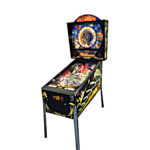 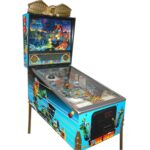 Williams’ Indiana Jones pinball machine is a 1993 widebody pinball released designed by Mark Ritchie, younger brother of Steve Ritchie. The game was based on the Indiana Jones movies franchise.

Indiana Jones pinball machine is a 1993 widebody game released by Williams. It was based on the Indiana Jones movies.

The game is part of WMS’ SuperPin line of widebody games, alongside Star Trek: The Next Generation and The Twilight Zone.


This game was the first game to use Williams / Midway’s DCS Sound System. It features sound clips from the first three films, and actor John Rhys-Davies (reprising his role as Sallah) provided new speech for this game.

There are a total of 12 “modes” in Indiana Jones, each of them based on a scene from any of the three movies:

Raiders of the Lost Ark

Indiana Jones and the Temple of Doom

Indiana Jones and the Last Crusade