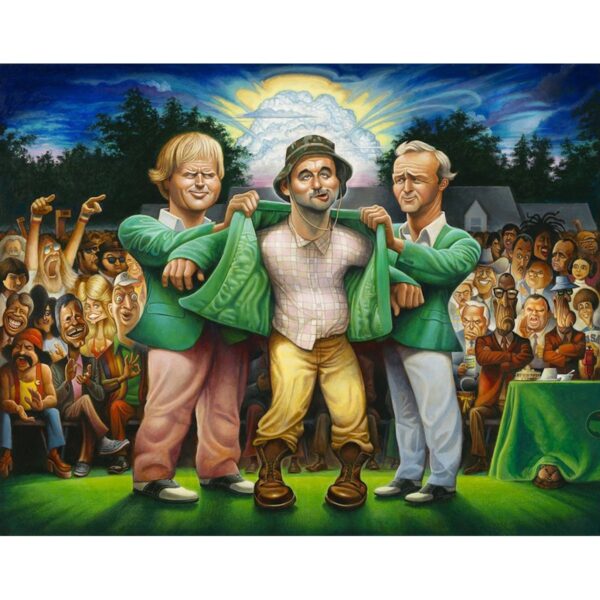 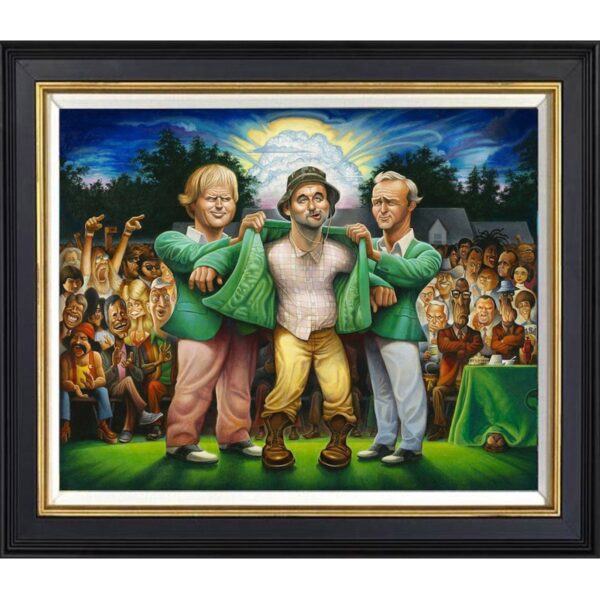 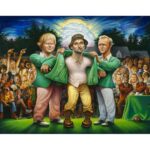 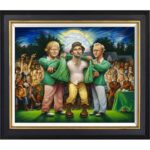 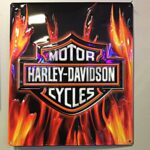 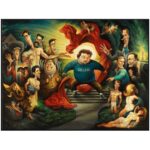 Check out any of our eight Gulf Coast locations for our large selection of oil paintings and game room wall art.

Enquiry about The Green Jacket: A Tribute to Carl Spackler - Caddyshack Wall Art

I just thought it would be cool to see Carl Spackler’s dream of winning The Masters come true,” O’Keefe said. The painting shows how it would have looked if Spackler’s “Cinderella Story” fantasy from the movie became a reality.”
In O’Keefe’s imagination, a host of other pop-culture icons from 1980 (the year Caddyshack was released) witness the historic event and golf legends Arnold Palmer and Jack Nicklaus present Spackler (Bill Murray) with the famous green jacket. There are 26 total caricatures from movies, music, television, politics and sports and four anonymous characters in the work.
The crowd of onlookers “kept getting bigger and bigger,” O’Keefe said, “I wanted to make it a part of history – a snapshot of 1980. As in “Caddyshack,” they are roughly divided into two sides: “the snobs” on the right, who include Judge Elihu Smails (Ted Knight) and some stern-looking Masters officials, and “the slobs” on the left, like Al Czervik (Rodney Dangerfield) and Richard “Cheech” Marin from Cheech and Chong.