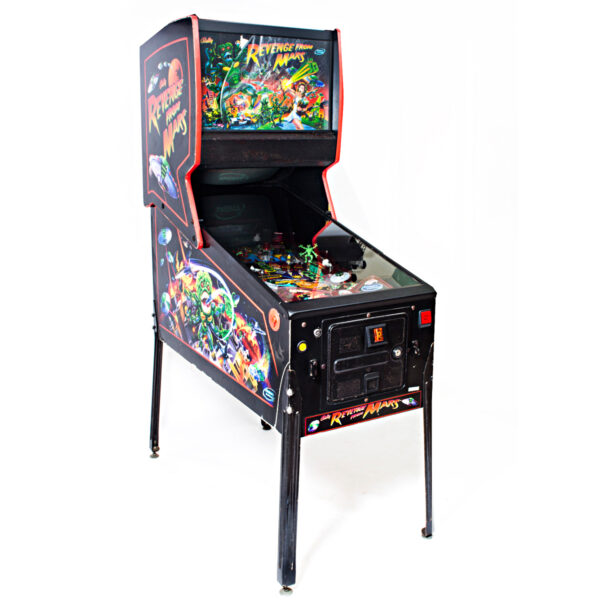 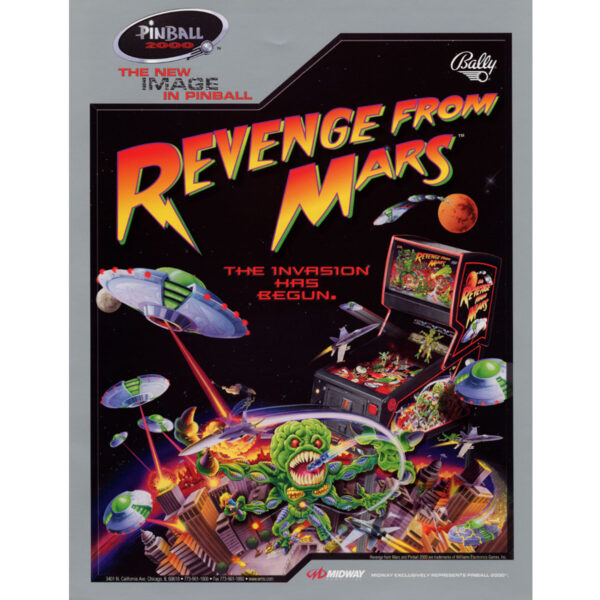 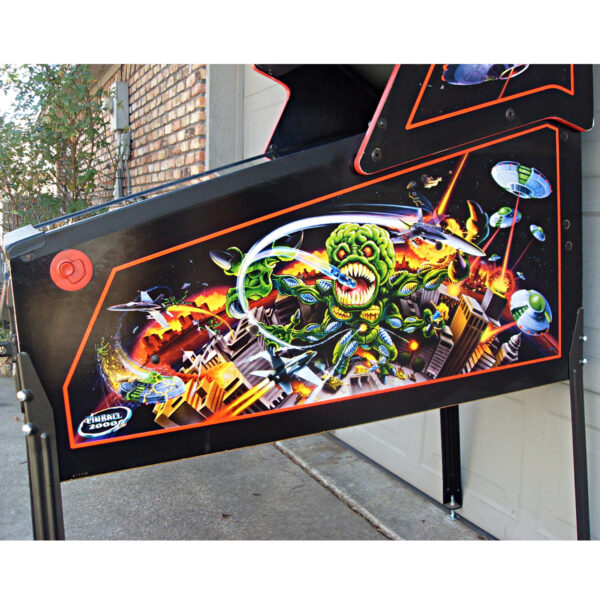 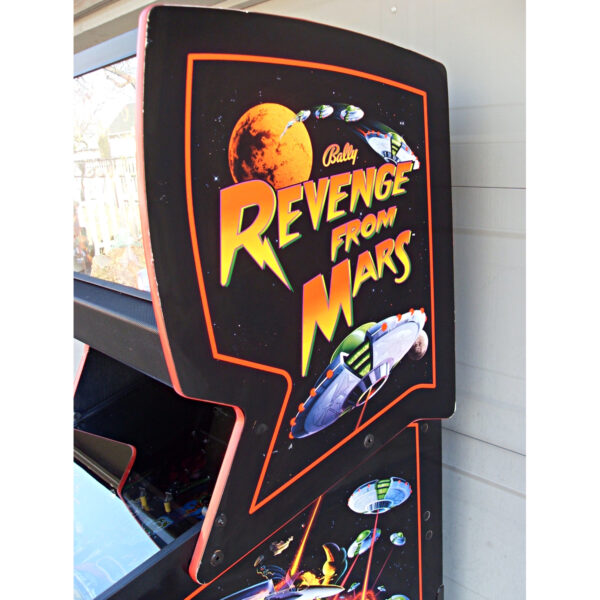 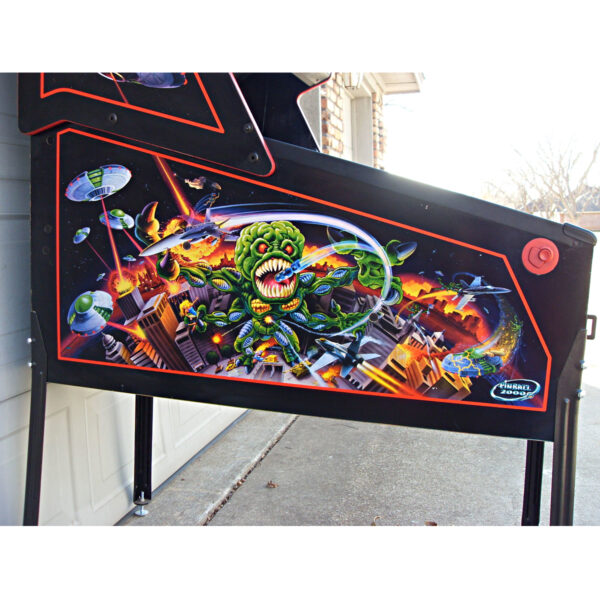 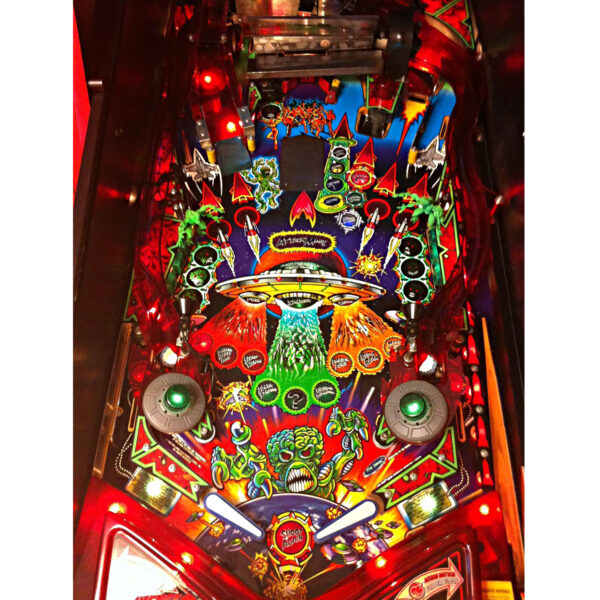 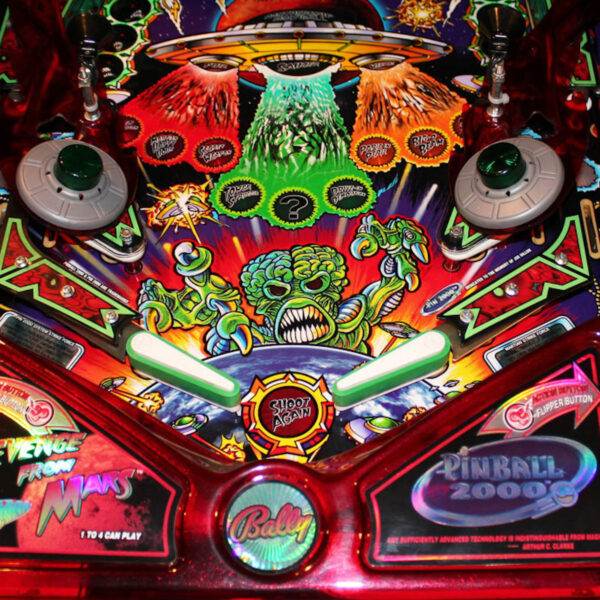 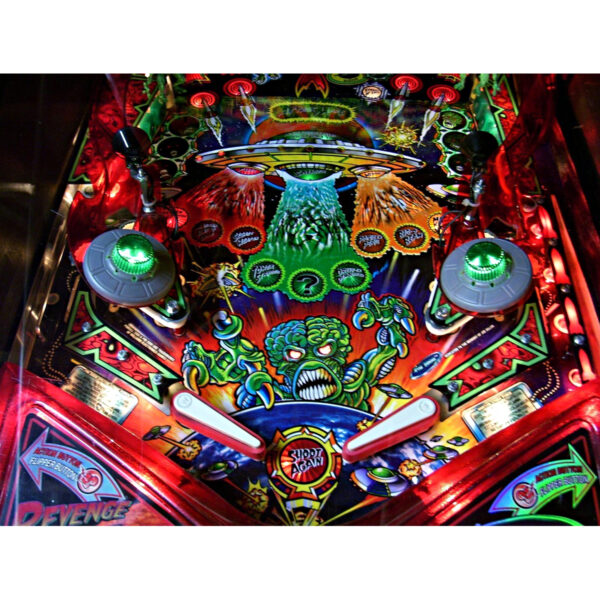 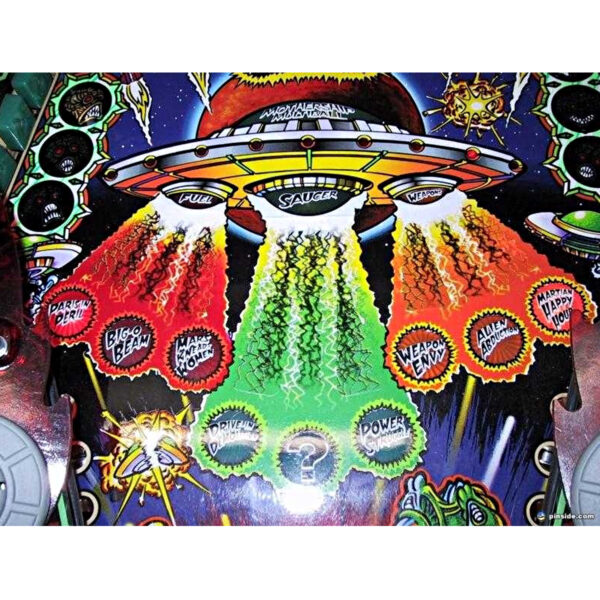 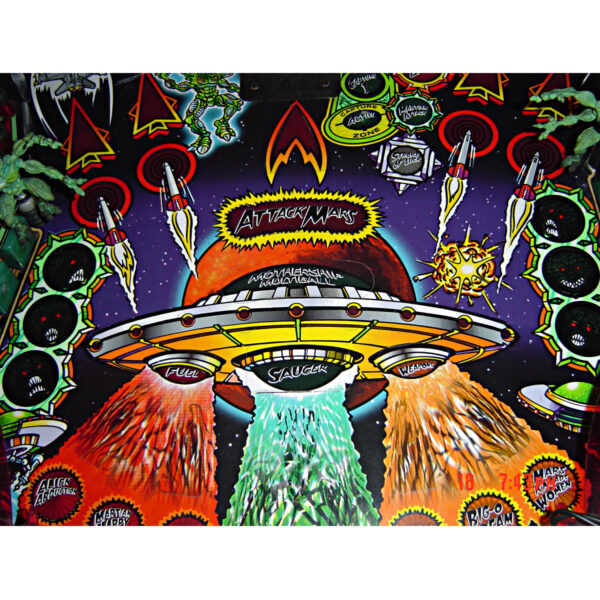 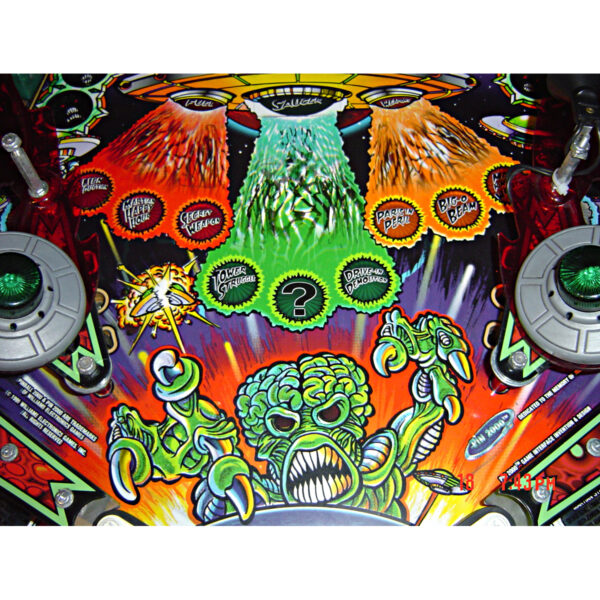 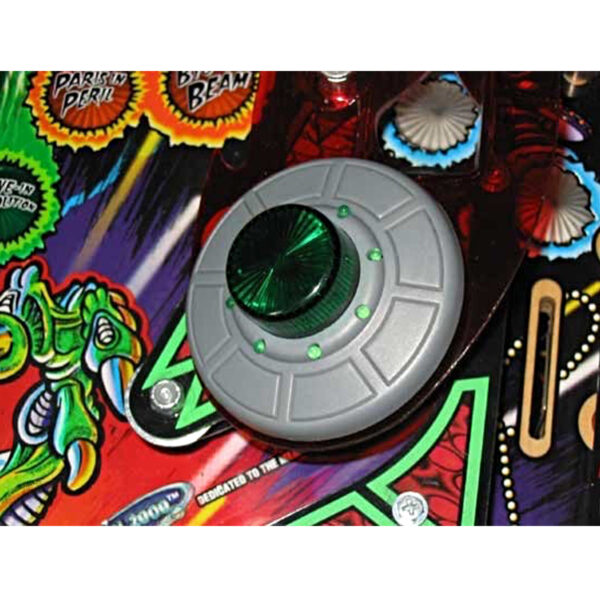 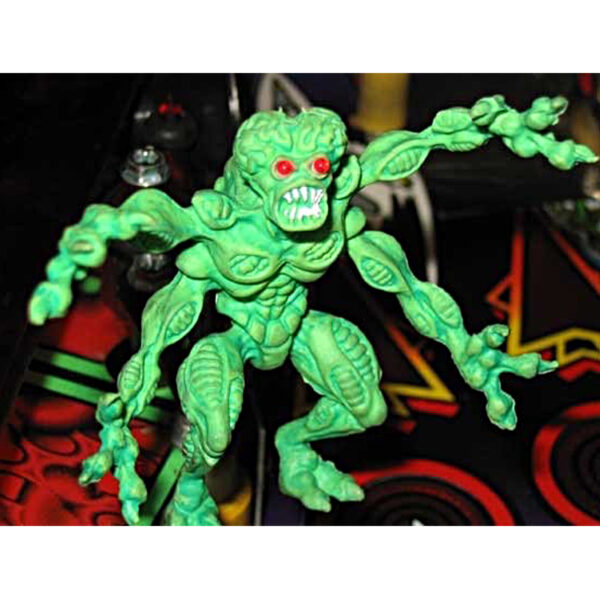 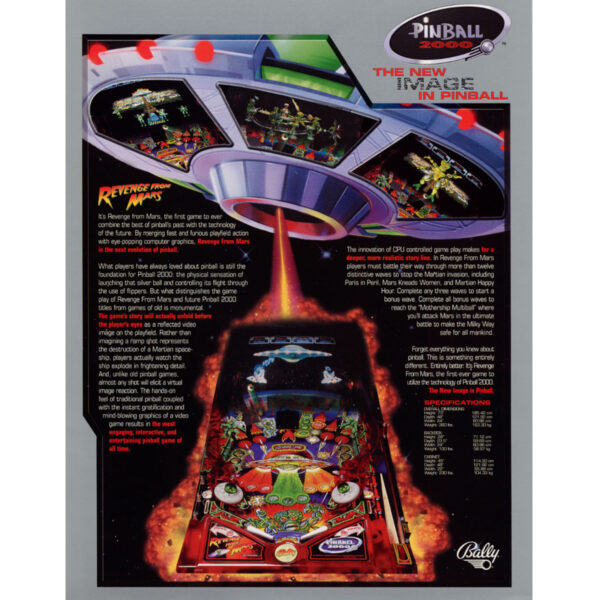 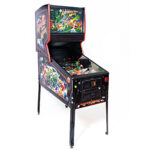 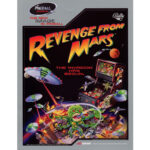 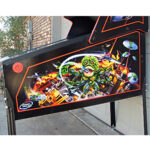 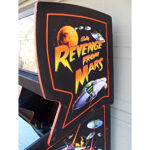 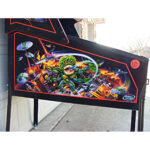 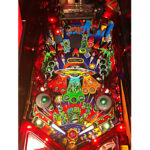 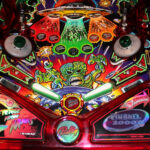 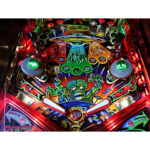 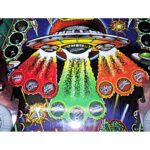 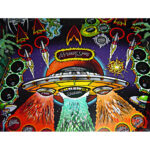 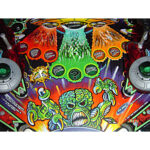 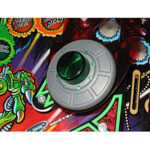 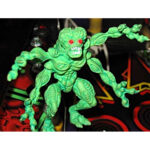 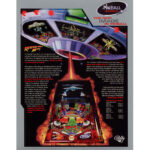 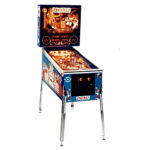 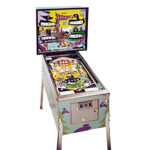 Revenge from Mars pinball machine was designed by George Gomez and was released by Williams Electronics (under the Bally label) in 1999.

Revenge from Mars is a pinball machine designed by George Gomez and manufactured by Williams Electronics Games (under the Bally label) in 1999. It is the sequel to the similarly themed Attack from Mars.

This game was the first to use the Williams Pinball 2000 system that overlays interactive video onto the mechanical playfield.

An additional first was the default absence of a replay/special. Instead of awarding the player a free game when reaching a certain number of points, it was decided to rather award extra balls (default at 50 million and 200 million). This default behaviour can be changed by the operator though. Additionally the match sequence at the end of a pinball game (a random free play award) can be disabled. This was originally disabled in 1994’s Road Show pinball machine by default, too, but was since enabled by default again.

There are 9 different main modes which can each be completed to obtain a Saucer light. These 9 modes are divided into 3 different groups and are listed below. The initial mode begins upon its selection at the start of the game (either manually with the action buttons or automatically after the choice times out). The modes move from left to right in sequence automatically after the previous mode has been completed (i.e. there is no “start mode” shot), with the exception of the middle group (Saucer) which begins after one of the other two mode groups has been completed. Each individual mode continues until it has been completed, even between balls. When a mode has been completed, the video will display a report. If the mode is completed properly according to the directions on the video display, the player will receive a “Flawless” rating. This rating must be achieved in order to obtain one Saucer light. Thus completing all of these modes with a Flawless rating will light all 9 Saucer lights. This, along with the other 2 requirements (Martian Multiball and Mothership Multiball), will light Attack Mars. Saucer lights can also be obtained in other ways (Martian Multiball, Stroke of Luck, Bonus Wave Multiball, Super Jackpot), so getting Flawless on all (or even any) of these modes is not a requirement.